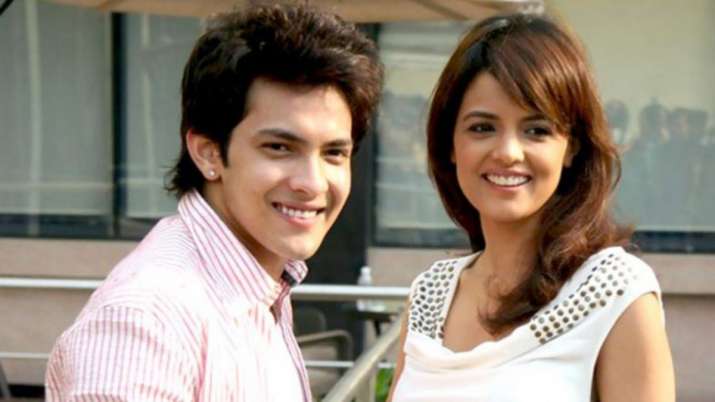 From the past few days, singer and Indian Idol host Aditya Narayan is in the limelight for his relationship with Shweta Agarwal. Aditya who happens to be the son of Udit Narayan is all set to tie the know with Shweta whom he first met on the sets of his film Shaapit. The two of them have been together for 10 years now and are all set to take their relationship to the next level. However, in the latest interview, the singer opened up about how his girlfriend was first apprehensive about him after hearing about his reputation as a womaniser. This is the reason why she first rejected him when he asked her out but later after looking at his bond with his family, she found out him to a ‘family man.’

Speaking about the same, Aditya told Times Now, “Actually, one cannot call my first date a date in real because we were shooting for our film, Shaapit, at that time. I asked her to hang out with me and have lunch, it wasn’t a date kind of set-up. In fact, she had rejected me for that matter as well. Then, my mother was the one who told her that you should have lunch together since you both are doing a film.

So, we went to a restaurant named 5 Spice in Oshiwara, and vo muh fulaake baithi thi for 30 minutes as if she had no interest in life. Bohot badi meherbani ki thi saamne baithke.”

Further, he said, “I clearly remember she liked me for the first time when she saw me bonding with my family members, so she realised that I am a family man, and for me, relations matter. Because even she had heard bad things about me that main ladkiyan ghumata tha (I was a womaniser). So, I could understand her apprehension.”

A few days back, Aditya’s interview with Bollywood Bubble went viral in which he claimed that he just has Rs 18,000 left in his account. He claimed, “If the government extends the lockdown even further, people will start dying of hunger. My whole savings are depleted. I’ve literally finished my savings. All the money I had invested in Mutual Funds, I had to withdraw all of that (to survive). Because nobody had planned that I wouldn’t be working for a year and yet chilling it out. Nobody plans it like that. Unless you’re like some billionaire.”

He added, “So there is no choice. Like I’ve Rs 18,000 left in my account. So if I don’t start working by October, I would have no money. I would have to sell off my bike or something. It’s really tough. At the end of the day, you’ve to take some harsh calls. When you take those harsh calls, there will be a certain section of people who will say that this decision is incorrect.”