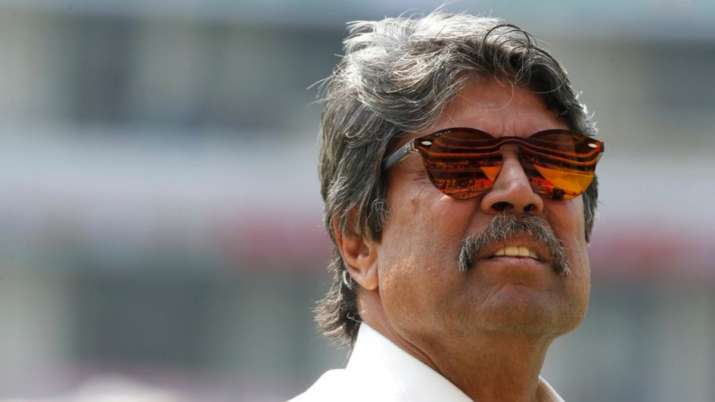 Kapil Dev, India’s first World Cup-winning cricket captain who underwent a successful emergency coronary angioplasty here, is hale and hearty and already thinking of getting to the golf course for another round.

There is a WhatsApp group of the 1983 World Cup-winning India team and all the news related to the members of that wonderful bunch are shared on it. His former India teammates wished Kapil, 61, speedy recovery on this group and the legendary cricketer’s reply shows he is apparently in great shape in the hospital.

“Hi everyone. I’m in good spirits and doing well. On the way to a speedy recovery. Can’t wait to return to my golf game. You guys are my family. Thank you,” Kapil wrote in reply to the wishes of his former India teammates.

A member of the World Cup-winning squad said: “The man with the mighty heart, Kapil, has recovered very fast. True to his character he had turned the tough times upside down.”

Kapil was admitted to the Fortis-Escorts Heart Institute Hospital in south Delhi at around 1 a.m. on Friday, a statement from the hospital said. He is stable now and would be discharged in a couple of days, it added.

“Former Indian cricket captain Kapil Dev came to Fortis Escorts Heart Institute (Okhla Road) emergency department at 1 am on October 23 with a complaint of chest pain. He was evaluated and an emergency coronary angioplasty was performed by Atul Mathur, Director of Cardiology Department, in the middle of the night,” the statement read.

Angioplasty is a procedure to restore blood flow through the artery.

“Currently, he is admitted to the ICU and is under close supervision of Atul Mathur and his team. Kapil Dev is stable now and he is expected to get discharged in a couple of days,” it said.

Another doctor, who did not want to identified, had earlier told IANS that the angioplasty was done under local anaesthesia, and that normal patients were kept in the hospital for 48 to 72 hours before being discharged.

If heart patients have a sugar problem for a long time, like Kapil, it could be an issue with them, but the former India captain is apparently absolutely fine.

“In diabetic patients, the blood vessels have more calcium deposits. So, that is an issue that could happen to patients undergoing angioplasty. But he is stable,” the doctor told IANS.

Kapil held the world record for most Test wickets (434) for over six years until it was broken by Courtney Walsh of the West Indies.

The other big achievement of Kapil was to lead India to Wold Cup triumph in 1983, when the team was considered minnows in limited-overs cricket.

Apart from leading India to the unexpected World Cup glory in 1983, Kapil led India to the 1985 four-nation Rothmans Cup triumph in Sharjah. He was best known for his potent outswinger that accounted for many batting stalwarts.

Kapil has won almost all the top sports and civil awards in India and also abroad. In 1979-80, the Indian government conferred on him the Arjuna Award, the Padma Shri in 1982, and the Padma Bhushan in 1991.

The International Cricket Council (ICC) inducted him in its Hall of Fame in 2010 while the Board of Control for Cricket in India (BCCI) honoured him with its highest accolade, the CK Nayudu Lifetime Achievement award, in 2013.

Wisden, considered the final word on cricket, picked him among its Five Cricketers of the Year in its 1983 almanack and in 2002 it chose him as the Indian Cricketer of the 20th Century in a one-off award.