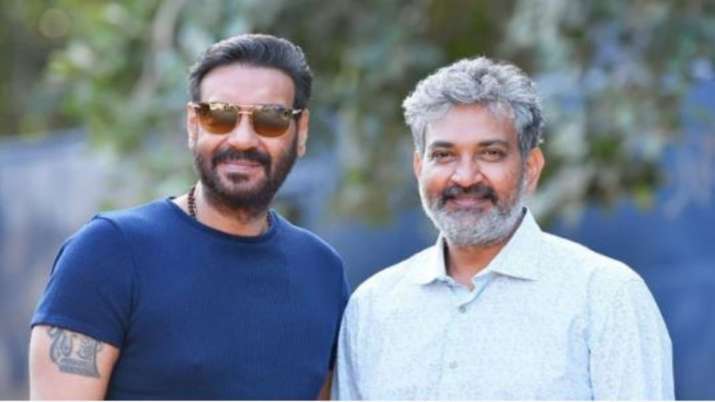 It’s SS Rajamouli birthday today and from his fans to friends, everyone is wishing the Baahubali director on social media. And amongst them is his upcoming film RRR’s actor Ajay Devgn.

Ajay took to his Instagram handle and wished Rajamouli with a beautiful picture of the two. The actor also wrote a heartfelt caption saying, ”Many happy returns of the day dear Rajamouli Garu. It’s been an honour knowing you and working with you on RRR. Best wishes for always Sir @ssrajamouli”.

Speaking about their bond, the actor and director duo know each other from the ‘Eega’ days. The actor gave a small voiceover for Eega’s Hindi version ‘Makkhi’ in 2012.

Ajay will be seen playing a crucial cameo in SS Rajamouli’s multi-starrer magnum opus ‘RRR’. A few days back, there were reports doing the rounds on the Internet that Devgn is not charging to act in the film. The star reportedly refused to accept the payment as he has been a good friend of SS Rajamouli.

‘RRR’ also stars Ram Charan, Alia Bhatt and Jr NTR in lead roles. It is touted to be one of the much-awaited films of the year.