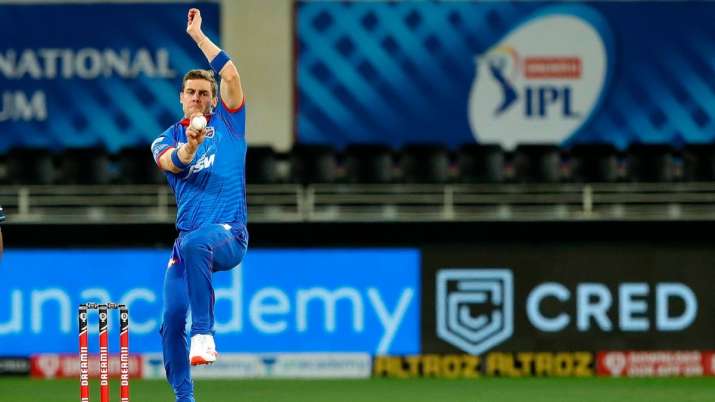 It was only earlier this week when Delhi Capitals pacer Anrich Nortje recorded the fastest ball in the history of Indian Premier League, clocking 156kph. And now he eyes the next big and the ultimate pace record that has belonged to veteran Pakistan speedster Shoaib Akhtar, who had registered 161.3kph during a 2003 World Cup game against England.

“Hopefully it’s something I’ve got in me and it’s definitely something I’ve wanted to do,” Nortje told his IPL team-mate R Ashwin on the latter’s YouTube channel. “Maybe a good wicket, some adrenaline, the right combination and I can do it this IPL or maybe in the future.”

Nortje had registered the record during his opening spell against Rajasthan Royals on Wednesday against opener Jos Buttler. The Royals batsman executed a pre-meditated scoop against the delivery that went for a boundary. Buttler was eventually dismissed in the next ball when Nortje clicked 155kph.

Nortje later told Ashwin that had the giant screen displayed his pace and the record, he would have gone after Akhtar’s record in that very game.

“I don’t know. It’s on the day,” Nortje said. “I didn’t know about the 156kph until after the game. Obviously there was nothing on the scoreboard. It would’ve been a bit of a help to get the blood flowing. But, I’ve got no idea.”

Nortje had broken his compatriot Dale Steyn‘s record that evening, who had previously held the record having clicked 154.5kph back in 2012.

Steyn had later taken to Twitter to praise Nortje alongside Kagiso Rabada and Jofra Archer.

“KG, Archer, Ana. I’d have paid to watch them live tonight,” He had tweeted. “Fast bowling is strong, and this competition is being dominated by these beasts!

India eases rules for getting new type of aircraft – Times...