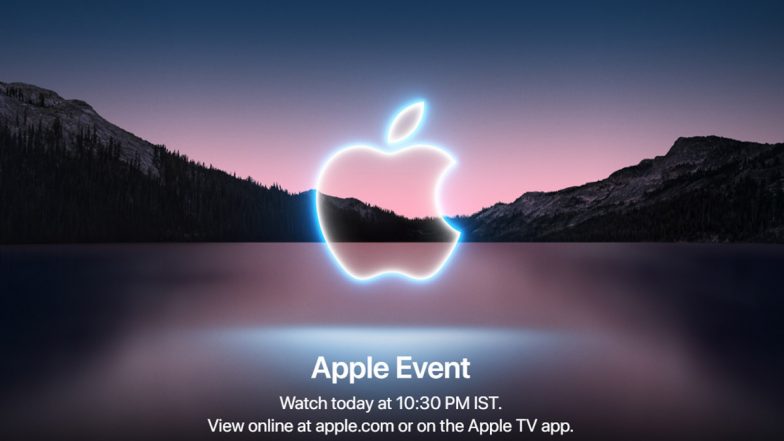 Apple has also launched the new Watch Series 7. It gets soft round corners, redesigned buttons, full keyboard to type text, 18-hour battery life, a USB-C charging port and all new features from watchOS 8. Apple Watch Series 7 will be available in five new colors – Midnight, Starlight, Green, Blue and Red. It is priced from $399 and will be sold later this fall.

Apple has launched its all new iPad Mini. It comes with a 8.3-inch Liquid Retina display, Touch ID, a USB-C port, 5G support. It also gets a 12MP rear camera with Focus Pixels and a 12MP ultra-wide-angle lens at the front. iPad Mini also support 2nd-gen Apple Pencil. It is priced at $499 and will be in both Wi-Fi and cellular configurations next week.

Apple has unveiled its new iPad. It is packed with new features. The new iPad comes powered by A13 Bionic chipset. It gets a 12MP ultra-wide front camera and Center Stage feature. The New iPad also gets Smart keyboard, support for 1st-gen Apple Pencil. It will ship with iPadOs 15. It is priced from $299.

Apple event has begun and CEO Tim Cook is addressing the Key note to the audience.

Apple event 2021 is about to begin and will last at least 1.5 hour. So stay tuned with techkashif.com.

The iPhone 13 smartphone is likely to feature a 6.1-inch display, iPhone 13 Mini to sport a 5.4-inch whereas the Pro and Pro Max variants could feature 6.1-inch and 6.7-inch displays respectively.

The iPhone 13 Series will come powered by Apple’s A15 Bionic chipset and run on iOS 15. According to Apple analyst Ming-Chi Kuo, the Pro and Pro Max models might get hardware and software for easy connectivity with LEO satellites. With the help of this feature, users will be able to make calls even when no 4G or 5G network is available. Moreover, both Pro models are expected to come with a 120Hz ProMotion display, bigger batteries and storage up to 1TB.

Apple Watch Series 7 is likely to sport a flat-edged design, more display space and two sizes – 41mm and 45mm. The former is said to come with a 1.9-inch screen whereas the display size of the latter is unknown. It might be powered by a faster S7 chip to offer faster animations and a decent battery. As per a previous, Apple Watch Series, 7 might not get support for health features.

On the other hand, AirPods 3 is rumoured to come with an upgraded design, silicone tips and shorter stems. The earbuds could be introduced with head-tracking Spatial Audio support and might miss the Active Noise Cancellation. As per analyst Kuo, AirPods 3 will be priced higher than the AirPods 2. Apart from this, nothing more is known. Apple will announce the pricing of the iPhone 13 Series, Watch Series 7 and AirPods 3 during the event.