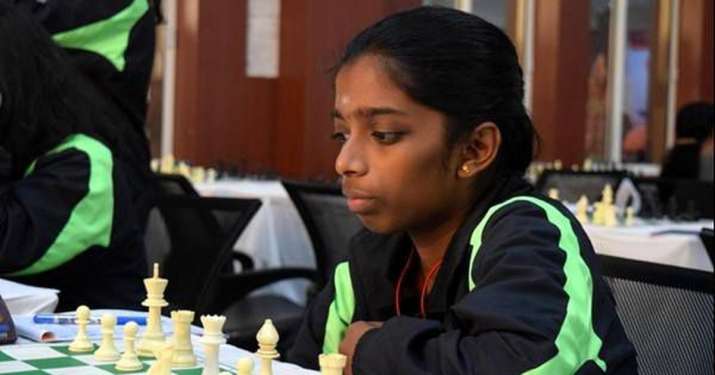 Indian women won all their three matches on Saturday to share the top spot with the Philippines and Iran after six rounds in the Asian Online Nations (Regions) Cup Team Championship.

Starting the day in eighth place after three rounds, the top-seeded Indians routed Myanmar 3-5-0.5 in the fourth round, before thrashing Singapore 4-0 in round five and ended the day with a 3-1 win over Indonesia in the sixth round to round off a good day.

Woman Grandmaster R Vaishali and IM Padmini Rout were the star performers for India, winning all their three games.

Playing on top board, the Chennai-based Vaishali beat higher-rated Irine Kharisma Sukandar in the match against Indonesia after having put it across Qianyun Gong (Singapore) and Hsu Lwin May (Myanmar).

India are on 10 Match Points (two points for a win, one for a draw) and shared the lead with the Philippines and Iran, who also have equal number of points.

The tournament is being played on nine-round Swiss System preliminaries in both men’s and women’s division with a time control of 15 minutes + 5 seconds increment.

The top eight teams will qualify to the knockout stage of quarter-finals, semi-finals and finals. Each stage will be a duel of two matches. Cash prizes worth USD 20,000 and gold, silver and bronze certificates as individual board prizes in the preliminary stages are up for grabs.

The men will play matches in the seventh to ninth rounds on Sunday with the top-seeded India in fourth place. The tournament will conclude with the finals on October 25.