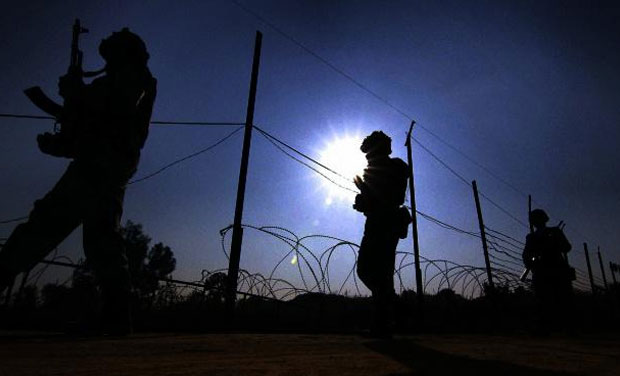 Union Home Secretary Ajay Kumar Bhalla would hold a meeting, through video conference, with the Chief Secretaries of Assam and Mizoram on Monday, following the latter’s complaint of Assam’s “transgressions” along the inter-state border, the Mizoram government said on Sunday night.

Meanwhile, an Assam government release said that state Environment and Forest Minister Parimal Suklabaidya on Sunday visited Lailapur, where some houses and stalls were torched by miscreants from Mizoram on Saturday night, and assured its residents that the administration would come to their aid.

A Mizoram government release said that it is also actively engaging with the Assam government to resolve the current issues at the state border, apart from approaching the Union Home Ministry.

“In order to instil a sense of security to the distraught residents of the affected border areas and also to prevent any other untoward incident, security has been beefed up in these areas,” said the statement, released after an urgent cabinet meeting chaired by Chief Minister Zoramthanga.

It said that the Cabinet expressed regret over the “unilateral and provocative acts of disturbing public peace and harmony” in at three locations — Thinghlun, Saihapui ‘V’ and Vairengte – of the state by officials of Assam’s Cachar and Karimganj districts and expected that the Assam government would take urgent measures to restore normalcy in these areas.

The Mizoram government appealed to the people to bear with the associated inconvenience and refrain from hoarding so that there is equitable distribution of essential commodities.

Sonowal also telephoned his Mizoram counterpart and sought an amicable settlement of the border dispute and cooperation for maintaining peace and law and order, it said, adding Zoramthanga assured Sonowal of all cooperation.

In Mizoram, Kolasib Deputy Commissioner H.Lalthlangliana said that seven Mizo civilians were injured in the incident which took place on Saturday afternoon at Vairengte and Lailapur border after attacks on Mizoram security personnel by the villagers of Assam’s Lailapur.

He also said that several “misleading messages” are being circulated regarding the incident and action would be taken for such misuse of social media.

The Assam release said that though there was simmering tension along the state border at Lailapur following Saturday night incident, the situation is under control.

Cachar Superintendent of Police Bhanwar Lal Meena, who had rushed to the spot after the incident on Saturday night, said: “We are taking all possible steps to ensure such incidents do not recur in near future. We have also established contacts with our counterparts in Mizoram.”

On the background, Deputy Inspector General of Police, Southern Assam, Dilip Kumar Dey earlier in the day told IANS that a Covid-19 testing centre was set up by Mizoram government at Lailapur, 1.5 km inside the Assamese territory, on Friday, to test samples of Mizoram-bound truckers and other people.

“The testing centre was set up unilaterally and under the pressure of Mizoram’s NGOs,” he said, adding that the Cachar police had strongly objected to setting-up of the centre without permission of the Assam government.

Following this, some youths from Mizoram came to Lailapur on Saturday and attacked the truck drivers, villagers and burnt more than 15 small shops-cum-houses, the DIG said.

Unlock 5.0: Schools to reopen in UP, Punjab, Sikkim from today