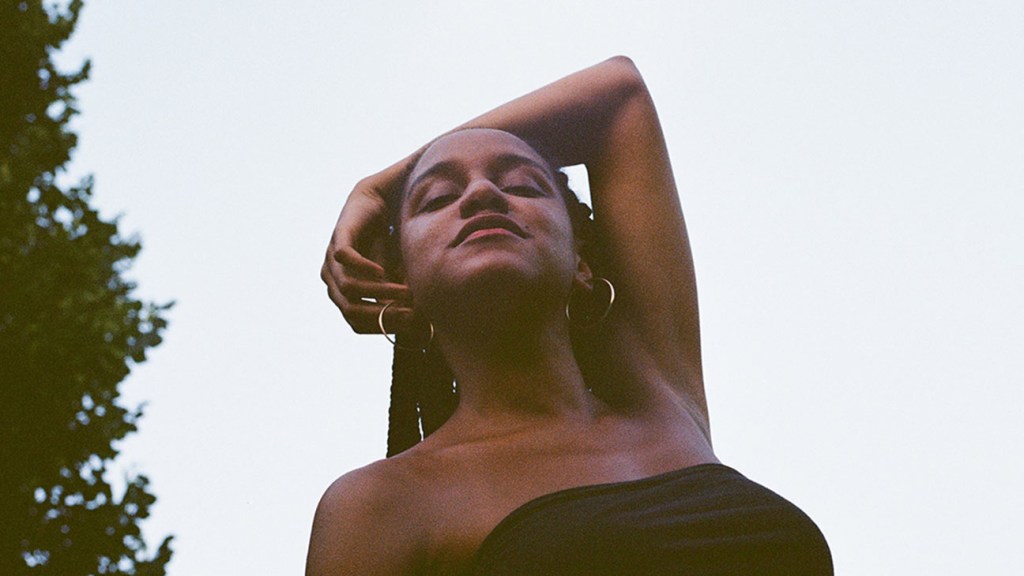 Rebeca Huntt demands attention the moment Beba, her debut documentary premiering at TIFF, begins. “You are now entering my universe,” she says. “I am the lens, the subject, the authority.” How powerful it is to hear a Black woman claim these words and declare her presence in this way. The implications of this statement — its assertion of strength and admission of vulnerability — hum throughout this absorbing experimental documentary about a young woman’s journey to find herself.

The self, like its close cousin identity, are tricky subjects to explore earnestly in the age of the internet and unrelenting performance, but I still find attempts at self-examination noble, for the pasts they reveal, the presents they clarify and the futures they promise. In Beba, Huntt rises to the challenge of this introspection, and while the result is not consistent, she proves with an energizing conviction that she is a voice to watch.

Beba is an emotional memoir told in four chapters, the first of which attends to curses. You know the ones I am talking about — they breed misfortune and haunt families for generations. In Huntt’s family, the curse stems from migration and its painful dislocations. The journey begins with her father, who emigrated from the Dominican Republic, and her mother, from Venezuela. The bounced around a bit before settling in a one-bedroom in Harlem and having three children — Huntt, her brother and her sister.

It’s a familiar narrative, but one that Huntt, through interviews with her mother, father and sister (she and her brother are estranged), renders with an understanding of its universality. A self-portrait of the filmmaker, whose presence looms through the soft visual style she employs and the script she narrates through voiceover, begins to emerge.

Huntt gets along best with her father. In their interviews, the bespectacled man wearing a faded Bob Marley shirt shares as much of his self as he can with his daughter. She asks about his upbringing in the Dominican Republic, the sugarcane fields and the civil war. She wants to know why they never moved beyond their one-bedroom apartment; he reminds her it’s rent-controlled and in a safe neighborhood. They laugh together and the camera lingers on his face during quiet moments of contemplation.

With her sister, Huntt moves a bit more chaotically — her camera shakes, she shoots from disorienting angles — and their conversation swerves aggressively from one topic to the next, including the inaccessibility of a so-called community garden and the time her sister brought crack vials to school for a class project. The teacher had instructed the students to bring in an object that represents their neighborhood. “I thought it was pretty and artistic,” Huntt’s sister says. “I got in trouble.”

With her mother, Huntt becomes a different person. Her tone shifts, her body language changes, and the two rarely abandon their oppositional stances. They aren’t enemies, per se, but between them love and suspicion exist on the same plane. Their relationship is tinged with an unacknowledged racial history. “What is it like being a mom to Black children,” Huntt asks. “I raised my kids as a Latin person, I didn’t do anything else,” her mother replies. The two sit in silence and eventually the interview ends.

Beba (the title refers to Huntt’s childhood nickname) is most affecting when Huntt ditches the vague, sometimes forced, poetry of her narrative and burrows into disquieting moments. Through them, the film becomes stronger and more honest, contributing to a rich tradition of incantatory coming-of-age stories about Black women. Watching Huntt and her mother interact, I thought of Jamaica Kincaid’s short story “My Mother,” a beguiling tale about a mother and daughter’s anxious relationship. “Immediately on wishing my mother dead and seeing the pain it caused her, I was sorry and cried so many tears that all the earth around me was drenched. Standing before my mother, I begged for forgiveness,” Kincaid writes. “Placing her arms around me, she drew my head closer and closer to her bosom, until finally I suffocated.” Huntt navigates her tumultuous relationship with her mother with the same bluntness, never shying away from the unsettling parts of the maternal bond.

After the family come the institutions, the friends and the lovers. Huntt attends Bard College and moves from Harlem to the Hudson Valley, a relocation that shocks her sense of self because the elite campus, with its manicured lawns and rich students (some of whom become friends), do not resemble her life at home. She survives, though, as do many Black, brown and poor kids plopped into these spaces, and graduates with a degree and more confidence in navigating the world. When she returns to New York, the city is different, her family is different, and Huntt herself is different too. The remainder of Beba chronicles the existential crises of one’s 20s, the constant disorientation, the realization that although you no longer fit into old conceptions of yourself, you are not quite ready to let go of them.

At 79 minutes, Beba moves quickly among themes, and while this approach is efficient, the speed feels overwhelming at times and invites some clichéd narrative turns. But during the slower moments — when Huntt is speaking to her father or fighting with her mother or talking about her boyfriend — Beba feels like a breath of fresh air.