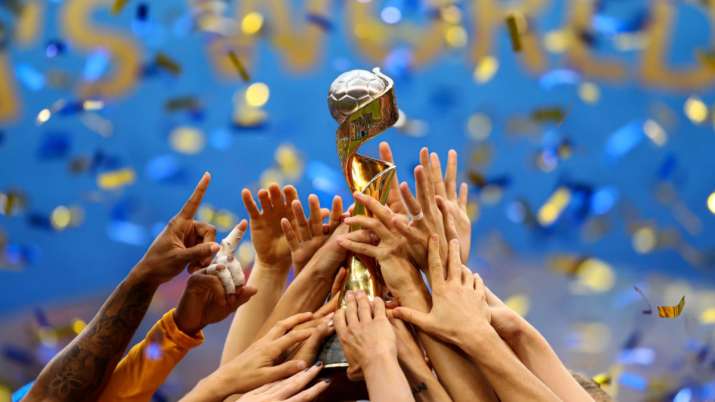 Belgium, Netherlands and Germany have launched a joint bid to host the 2027 women’s football World Cup.

Under the slogan, “Three Nations, One Goal,” the three federations on Monday said they will detail their plans in an official document by the end of the year before starting negotiations with national governments and potential host cities.

A deadline for the bids hasn’t yet been set by FIFA.

“We want the women’s World Cup, the world’s largest women’s sporting event, to take place here in 2027,” Belgian federation chief executive Peter Bossaert said. “In recent years, with the European Championship in the Netherlands in 2017 and the World Cup in France in 2019, we have seen what such an event can bring – great matches, full stadiums, large numbers of TV viewers and visitors from all over the world.”

Two years ago, the Dutch federation had already announced its desire to host the 2027 tournament and the plan received parliamentary backing. The Netherlands hosted the 2017 women’s European championship and Germany organized the continental event twice, in 1989 and 2001. The German federation was also in charge of the 2011 World Cup.

The 2023 tournament will be jointly hosted by Australia and New Zealand.