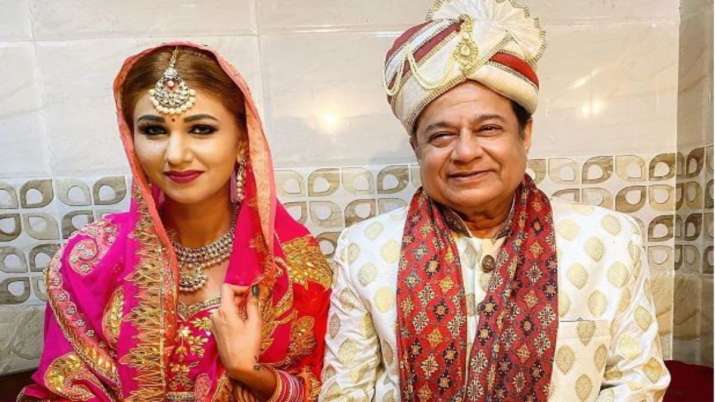 And now adding more heat to their much-speculated romance which seemed to happen inside the Bigg Boss 12’s house, Anup and Jasleen’s wedding pictures went viral. yes, Jasleen took to her Instagram handle recently and shared her pic with the Bhajan Samrat where both of them are seen dressed up as bride and groom. The two appear to be smiling and posing for the camera. Jasleen captioned her image with two fire emojis and also tagged Anup Jalota.

This morning, a picture of Jasleen Matharu and Anup Jalota dressed in wedding outfits, created a lot of buzz as netizens went on a spree to bombard them with questions asking if they have finally married each other!

However, we got to know that it’s a still from their upcoming film. We had also tried to reach out to Jasleen to understand more on it but she remained unavailable for comment.

We then contacted Anup Jalota to know about this viral picture. And here’s what he had to say.

“It’s from our film Woh Meri Student Hai and we are not married. In fact, we are not even getting married in the film. I have dressed up like this as I am doing her Kanyadan in the film. As we all know in Hindu tradition, not just the bride and the groom but their parents are equally decked up. Just like I have promised in real life that I will do her Kanyadan, in the film too, I will be doing the same,” said Anup.

He further added, “I don’t even know when this whole picture was clicked and who posted it but I was surely not expecting people to think that hamne shaadi ki hai.”

Talking about the film, Anup said, “Our film is almost complete and only a day’s schedule is remaining which we will shoot today in Future Studios. I am extremely excited for the film and it will get released by early next year.”

Well, looks like the netizens have answers to their queries about Jasleen and Anup’s pictures, now.