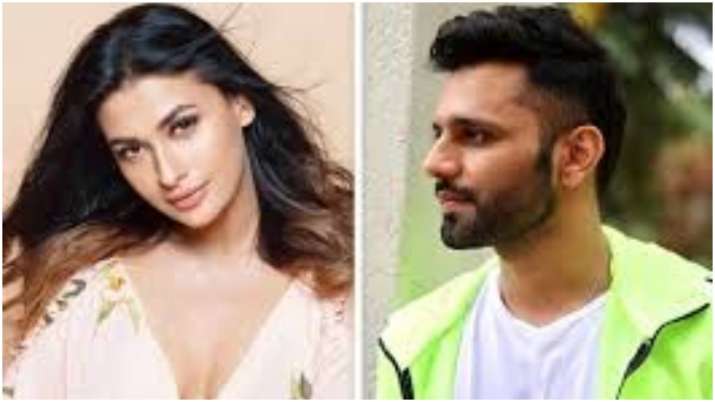 Bigg Boss 14 contestants Pavitra Punia and Rahul Vaidya will be seen in a heated fight in the upcoming episode of the reality TV show. Acting as a catalyst to trigger the spat will be Jaan Kumar Sanu. In a previous episode, Rahul was heard telling housemate Nishant Malkhani and others that Pavitra, who was a “sanchalak” in the captaincy task, was taking sides.

Rahul had claimed that Pavitra was taking Rubina Dilaik‘s husband Abhinav Shukla’s side as she has a soft corner for him.

On getting to known this, Jaan promptly informed Pavitra about the conversation. Soon, Pavitra was confronting Rahul. The discussion between the two gets heated, tempers run high and in the end Pavitra is seen crying in the upcoming episode.

The promo video has been shared on the show’s Insta page and it shows Pavitra confronting Rahul over one of his statements. Pavitra started the discussion by asking Rahul about his statement, in which he claimed that the actress has a crush on fellow contestant Abhinav Shukla. “Rahul apne kis base par ye baat boldi ke I have a crush on Abhinav,” asked Pavitra. To this, Rahul replied by saying, “Mera muh hai main bolunga.” After hearing Rahul’s comment, Pavitra lost her calm and said, “Tum ek neech insaan ho. Tumharey jaisey mard hotey hai jo aurto ke upar lalchan lagatey hai. Maa kasam cheer dungi me tereko.” After saying the same, Pavitra cried inconsolably.

Meanwhile, Nikki Tamboli wanted to become the captain and asked her friends, Nishant, Jaan Kumar Sanu, and Rahul Vaidya to support her. However, they planned a conspiracy against her and she had to give up on the task. Later, Nishant Singh Malkhani was announced as the first captain of the house.

EXCLUSIVE! Here’s the luxurious venue where Varun Dhawan and Natasha Dalal will tie the knot in Alibaug – Times of India