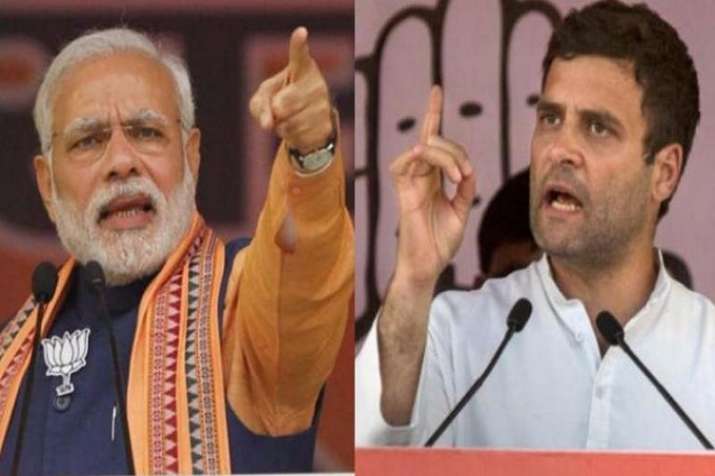 The political heat in Bihar is set to soar with Prime Minister Narendra Modi and former Congress president Rahul Gandhi hitting the campaign trail on Friday for the upcoming state Assembly elections. Both the leaders will be criss-crossing the state to address a series of rallies.

PM Modi is scheduled to hold three election rallies in at Dehri-on Sone (Rohtas district), Gaya and Bhagalpur seeking votes for NDA candidates. Rahul Gandhi will be in Nawada’s Hisua, and Kahalgaon in Bhagalpur.

According to reports, Rahul Gandhi will be joined by Rashtriya Janata Dal (RJD) leader and Mahagathbandhan (Grand Alliance) chief ministerial face Tejashwi Yadav at Hisua. Congress’ Bihar in-charge Shaktisinh Gohil will be seen sharing the dais with Rahul Gandhi at Kahalgaon. Meanwhile, authorities have denied Rahul Gandhi’s chopper to land at Purnea from where he was scheduled to proceed to New Delhi following his rallies.

The Congress, which is part of the Mahagathbandhan with the RJD and Left parties, is contesting on 70 seats in Bihar.

National issues like Ram temple at Ayodhya,  abrogation of Article 370 in Jammu & Kashmir have already found a mention in the BJP rallies so far. The BJP leaders have also been attacking RJD over its past record while highlighting the poor law and order situation in the state during the 15-year Lalu-Rabri rule.

PM Modi’s rallies will be held less than 24 hours after his party released its Bihar manifesto. The top highlight of the poll document was the promise of free COVID-19 vaccine for the state once it has been cleared by the ICMR, and the prime minister is likely to use this as his main campaign tool.

On the other hand, alliance partner JD-U’s campaign is being spearheaded by CM Nitish Kumar who is seeking yet another term. The 69-year-old leader has been addressing four to five rallies daily apart from attending virtual meets to reach out to maximum number of people.

The elections for 243 Assembly seats will be held in three phases – for 71 seats on October 28, for 94 seats on November 3, and remaining 78 on November 7. The results will be announced on November 10.