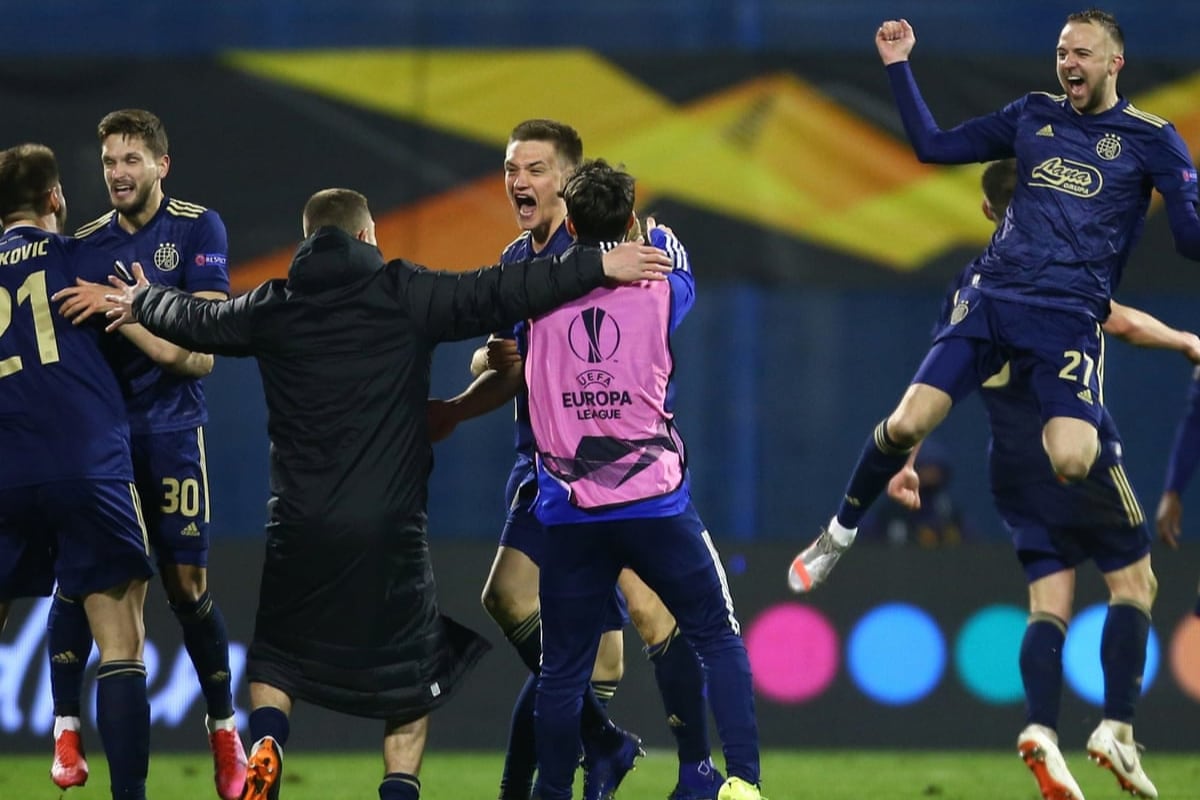 Several hundred Dinamo Zagreb supporters defied Croatia’s COVID-19 regulations on Thursday as they flocked the streets in cars and on foot to celebrate the club’s stunning 3-2 aggregate win over Tottenham Hotspur in the Europa League.

Footage published by the online edition of Croatia’s daily Sportske Novosti (sportske.jutarnji.hr) showed fans congregating around Maksimir stadium, where a Mislav Orsic hat-trick gave the Croatian champions a 3-0 win on the night.

A seemingly endless motorcade in downtown Zagreb was accompanied by fans setting off flares and fireworks after Dinamo pulled off the biggest shock in Europe’s second-tier competition this season.

Orsic put Tottenham to the sword with a dazzling individual performance capped by a breathtaking third goal in extra time when he weaved his way past four Spurs defenders before he beat keeper Hugo Lloris with a stinging low drive.

Orsic heaped praise on his team mates as goalkeeper Dominik Livakovic produced a pair of vital saves late on to deny Tottenham squeezing through on away goals.

“I think everyone is a hero tonight because we all breathed as one in an unforgettable match,” Orsic told reporters.

“We were gutted after the 2-0 defeat in London because we felt we had it in us to do better and we couldn’t put a foot wrong tonight. It was a dream come true.

“We showed that we are capable of standing our ground against a high-level team and if we stay humble and avoid getting carried away we can do more big things in the Europa League.”

The outcome was also a dream debut for coach Damir Krznar after he took over on Monday from Zoran Mamic who stepped down after learning he faced a prison sentence of four years and eight months for fraud.

Krznar, who was Mamic’s assistant, stressed the perfect timing of Dinamo’s goals and said his former boss must be given credit for selfless work which laid the foundations to Dinamo’s success.

“It panned out ideally because scoring in the opening 15-20 minutes might have amounted to taunting the lion,” said Krznar.

“This was my first game in charge but tonight’s result is a product of the staff’s work in the last two or three years and the constant progress we’ve made.

“Zoran was in charge but he kept his head down and always credited the staff, never himself. We are a compact unit with a lot of positive energy.”