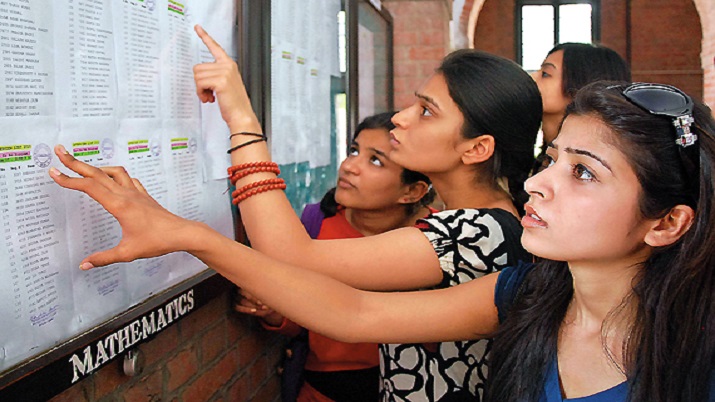 A marginal dip of only 0.5 per cent was seen in the third cut-off as compared to the second as the cut-off for BA Hons (Economics), for the General category, of Aryabhatta College stands at 95.75 per cent.

Rajdhani College’s cut-off for BA Hons (Economics) for the General category stands at 95 per cent.

The cut-off for BSc (Mathematics) in the third cut-off list is 93.25 per cent, 92 per cent for Chemistry and 88 per cent for Botany. Admissions to Zoology have been closed.

A total of 52,183 students have deposited their fees in Delhi University so far.

The first cut-off of 100 per cent created a buzz across the nation. However, cut-off for the courses like BA Hindi, Sanskrit, Punjabi, Urdu, Persian etc came down to 45 per cent in many colleges in the second and third list.

Professor Hansraj Suman, in-charge of the Delhi Teachers Association and a former member of the Delhi University Admission Committee, said: “Half of the students were worried after seeing the first cut-off. In some colleges, the cut-off was 100 per cent while in some it was 99 per cent. Now, some colleges have reduced the merit so as to get some admissions.”

If Rohit and Gill start well, India may promote Pant to...