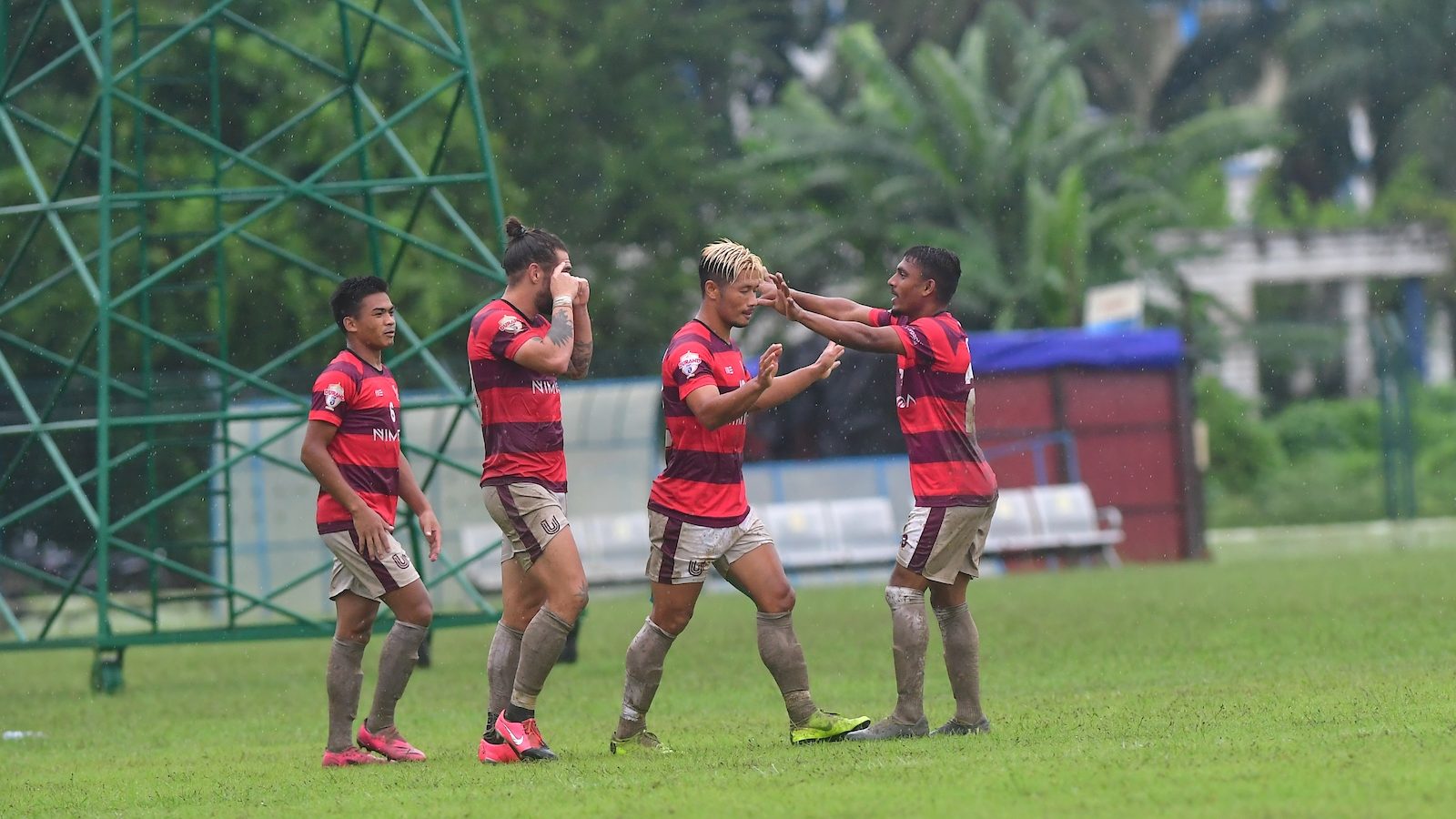 Bragging rights were on the line at the Kalyani Municipality Stadium on Tuesday, and those rights were in the end taken away by FC Bengaluru United, who saw off home side Mohammedan SC by two goals to nil (2-0). Both sides had already made it to the quarter-finals, so the Black Panthers will be going through as Group A runners-up. The game was goalless at half-time and owing to the rain-hit conditions, the deadlock was turning to be hard to break.

The breakthrough finally arrived in the 64th minute, when Bengaluru’s Thokchom James Singh rose above his marker to score the opener.

With only one goal separating the two sides in the business end, the game was headed towards a nerve-wracking finish in the final few minutes.

All doubts were cast aside however, when Mohammedan conceded a penalty in the fifth minute of stoppage time. Slovenian forward Luka Majcen stepped up and made no mistake in converting the spot-kick and rubberstamping Bengaluru United’s status as Group A kingpins with added authority.

The concurrent Group A fixture between Indian Air Force (IAF) and CRPF, which was scheduled to take place at the Mohun Bagan Athletic Club Ground, had to be called off due to unplayable conditions caused by heavy rain and water logging. Both sides have been awarded one point each.