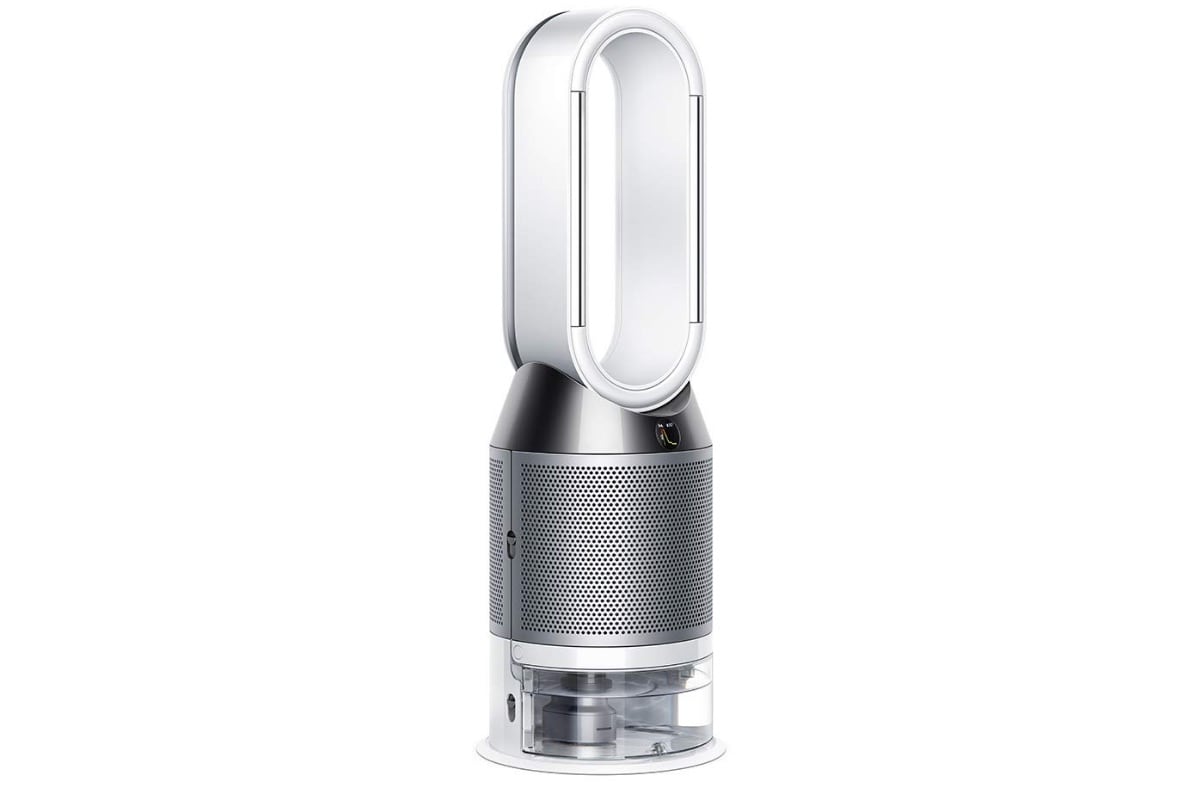 The nuisance of the pollution season is upon us. While the authorities continue to bumble about, dripping in incompetence as they fiddle with so-called graded action plans etc., you will be left to fend for yourself as the air quality descends from unhealthy to hazardous to severe. If you spend your time watching a television program called the news, you’d find yourselves immersed in shots of murky shots of your city with the sun barely able to break through the smog and pollution. And everyone blaming each other. None of which saves your lungs. This makes air purifiers all the more essential for your home. Your parents, your children and yourself—save everyone from the polluted air, at least for the time you are indoors. And not many do air purifiers better than British tech company Dyson. My recommendation would be that if you struggle with itchy throat and dryness in the throat, particularly in the winter months, choose the Dyson Pure Humidify+Cool. There are many reasons why you must humidify the air in your home, more than what you already do. In most homes, the humidity levels are at par with a typical desert, which is around 20 percent. In the winter months, this drops even further. Ever noticed the itchy and scratchy throat when you wake up in the morning? Or the chapped lips? And dry skin, particularly around the arms? That is because of lack of moisture in the air. It is not only uncomfortable at the outset but can also lead to illness eventually.

Secondly, science suggests that a better humidified air significantly hampers a virus’s potency to infect. A study by the Centers for Disease Control and Prevention gives the example of the infectious influenza virus that is simulated to have an infection potency of as much as 77% of the virus particles when the room’s humidity was around the 23% mark but significantly reduced to as little as 15% virus potency when the humidity was raised to 43%.

I have reviewed multiple air purifiers with humidifiers over the past few years, but none really have the sort of attention to detail that Dyson has on show. For instance, you don’t have to struggle to eject the water tank for refilling or to slot it back in. push the release mechanism on either side and you can slide the water tank out on the floor in front of the Dyson Pure Humidify+Cool—there are wheels on the underside of this tank.

It is a massive water tank, at 5-litre capacity. I am yet to come across another purifier that offers such a big water tank for humidification, the largest being the 2-litre or whereabouts capacity that certain Philips air purifiers offer. You can set the exact humidity percentage you want to maintain in the room, and the Dyson Pure Humidify+Cool will do that for you by automatically managing the amount of humidification that emerges into the air. Dyson says at full blast humidification, this will last 36 hours or so. Honestly, you need to incrementally humidify your room, in which case the Dyson Pure Humidify+Cool water tank will last days before you need to refill it again.

That isn’t the end of smartness with the Dyson Pure Humidify+Cool.

The moisture meets the clean air after it has run its course through Dyson’s filters and before it emerges from the vents. In this process there is a biostatic evaporator with biostatic silver strands that are integrated into the mesh. This is to protect against growth of bacteria inside the evaporator layers, in due course.

The Dyson Pure Humidify+Cool also use ultraviolet-C, also known as UV-C and quite in vogue these days to sterilize objects etc. at home, to sterilize the water inside the tank before it emerges as humidified air. This is to kill bacteria, virus and other organisms that may be in the water from emerging with the clean air and circulate in the air that we breathe. It is most likely that you’ll be filling tap water in the Dyson Pure Humidify+Cool’s tank, and this sterilization layer is unseen yet very important.

Air Purification That Works For Large Rooms Too, Effortlessly

The Dyson Pure Humidify+Cool’s filters can capture particles as small as 0.1 micron, which is 100 times thinner than the width of the human hair. These particles can not only enter our lungs but can also join the blood stream. And that’s also the range of the COVID virus. Most indoor air purifier filters can capture particles 0.3 micron or larger. In a fairly active dining and living room, the Dyson Pure Humidify+Cool maintained the humidity at 40% and kept the room at around 20 gram/cubic meter (g/m3), even as the air outside (and the air sneaking in) is a very poor 319 AQI.

The purifier filters sit near the base and the air is pushed out via the annular loop with the air multiplication tech and there is no fan pushing the air out. The difference here is that the base doesn’t rotate for oscillation, and instead there are redesigned outlets for the air that are motorized to move at 45-degree or 90-degree angles for the same results. The reason is that motors at the base now would have had to deal with the weight of the water in the humidification tank which now sits at the very bottom. And as always, in case you don’t air directly in your face, you can switch to the more discreet diffused vents that send out the purified air from the sides.

There is a big different in how Dyson develops, and tests air purifiers compared with rivals. While most air purifiers are rated after what are known as clean air delivery rate (CADR) tests, Dyson uses another test called POLAR. There are fine differences. The CADR test is done in a room around 11.8m2 (127 sq ft) in size, where the purifier is placed in the middle of the room, with an added fan to circulate the air around the room and only one sensor to measure air quality. This is absolutely not representative of the layout of most of our living rooms, which may not always have a ceiling fan to circulate the air (in winters, for instance) and surely don’t have space for a purifier in the middle of the room. Dyson’s POLAR test does things differently. A POLAR test lab is based on a larger room size of 27m2 (290 sq ft), with no added fan. The air purifier is placed in corner of the room which replicates how it is used in our homes and pollution injected into the room from the other corner. The test uses eight sensors in the corners of the room and one sensor in the centre, detecting particles of indoor air pollution that are 300 times narrower than a human hair. This is to test the performance of the purifier in the farthest corners of the room, and not just in the immediate vicinity of the air purifier.

The More Things Change, The More They Remain The Same

The rest of the Dyson elements remain there very much in the Dyson Pure Humidify+Cool. The sleek remote, the circular display on the front and the very capable Dyson Link app (free for Android and iOS), for instance. One observation is that by default, the display on the purifier itself shows the air quality graph—it may be better to have a numeric display here. For instance, my parents are unable to see the display clearly since they need to crouch to see it and in some lighting situations, they aren’t able to see exactly what the graph is trying to suggest.

The Last Word: You Pay For The Premium Experience, And That Is What You Get

There is often the reaction that Dyson air purifiers cost a pretty penny. But is it really? At the time of writing this, Philips has the Series 3000 purifier with humidifier (AC3821/20) which is priced at Rs 37,995. For that extra outlay of cash up front, you get the Dyson Pure Humidify+Cool that is one of the most advanced air purifiers you can find at this time. Every interface with the purifier, be it using the remote, controlling it via the app, refilling the water tank or even the oscillation and diffused air output modes, just feel incredibly premium.

Google adds a new feature to Chrome; to help you while screen sharing during video calls – Times of India