Tech Kashif Latest & Breaking News
Home ENTERTAINMENT Exclusive! If I got a chance I would swap places with Pankaj Tripathi and play Sattu from ‘Ludo’, says Anurag Basu – Times of India

A director is rarely asked which character he would play if he had to swap places with one of his lead actors. In an exclusive chat with ETimes, Ludo director Anurag Basu and cast-member Pankaj Tripathi sat down and had a conversation about the making of the film and what they would do if they had to swap places. 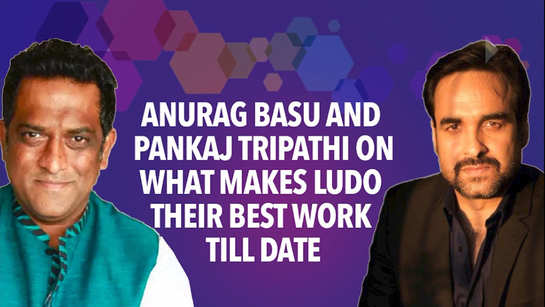 When asked what genre of a film Pankaj Tripathi would want to direct Basu in, the ‘Ludo’ actor said, “It will have to be an original film! I would love to direct dada and bring out something special in him. It has to be a story and subject that does justice to him.”

Similarly, Anurag was asked which of Pankaj’s character he would like to play. To this, the director answered, “I would love to play Sattu (from Ludo). I think that character has a lot going for him and it would be fun to try and do that.”

Apart from directing ‘Ludo’, Anurag has also acted in the film in a small but important role. When asked if he’s bit by the acting bug Basu said, “We actually shot those scenes amidst the pandemic. But as a writer, I am also acting in my mind and playing out the scenes. Acting is not something that I am taking too seriously. But of course in ‘Ludo’ it was fun to do that.”

When asked if reports of a sequel to ‘Life in a Metro’ were true, Anurag revealed, “I don’t know what I am doing next. But I have no plans to make any sequel to ‘Metro’ right now. I haven’t written anything on those lines.”