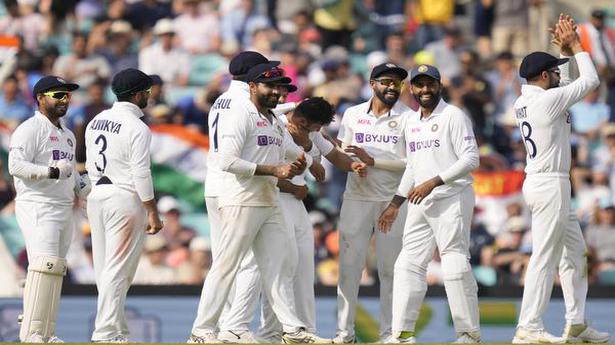 Is it a win for India with its 2-1 lead, a forfeiture by the visitors and series shared, or a suspension with the match to take place later?

On a day when India’s pacers would/should have been thinking of landing deliveries at the right spot while bowling from the James Anderson End at Old Trafford on the scheduled second day of the last Test of the Pataudi Trophy, most of them — and several of their counterparts in India and England squads — were on the verge of landing safety in United Arab Emirates.

Owing to the issues related to COVID-19 — fears, outbreak or call it what you can — the tantalising fifth Test of the series between India and England was cancelled with less than two hours left for the scheduled toss on Thursday.

Well, more than 24 hours since the series has been suspended, the cricket fans will have to wait — possibly for a longer period — to actually know the fate of the series. As of now, there is little clarity on the status of the series and only possibilites can be discussed.

While the England and Wales Cricket Board (ECB), which modified the statement in no time after announcing India had agreed to forfeit, stated “due to fears of a further increase in the number of COVID cases inside the camp, India are regrettably unable to field a team”, the BCCI said both the boards “have jointly decided to call off” the Test.

The timing of the cancellation — with the IPL scheduled to resume in a week — coupled with the fact that the BCCI tried its best to curtail the series to four Tests to accommodate a window for the IPL, has also raised doubts on whether the IPL was prioritised at the cost of a Test match.

The fact remains that with four India support staff members having contracted COVID-19 in less than a week, the Indian contingent, especially those travelling with families, were not willing to take the field and risk the spread of the virus.

As a result, the series is over but we don’t know the result. Unless, the BCCI and ECB decide mutually about the fate of the fifth Test — whether it’s abandoned or forfeited — the International Cricket Council will have to adjudicate the issue and award the WTC points accordingly.

Both the BCCI and ECB have been in talks over devising a compensation package for the host board. With losses likely to exceed ₹300 crore and ECB being uncertain of its insurance claim being settled for COVID-related cancellation, the BCCI has assured one of its allies in global cricket politics its full support.

For the fans, though, the waiting game continues. While the aficionados and connoisseurs continue to discuss whether India has won the series, majority of India’s cricketers in England hope for the virus to stay away as they begin another week of isolation before entering the IPL biosecure bubble.