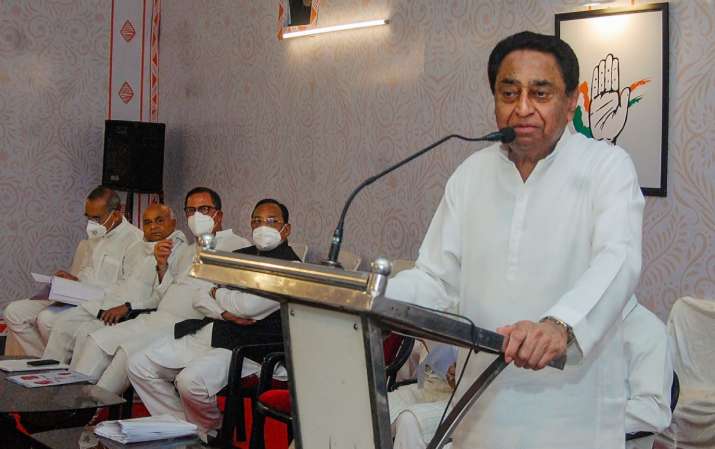 Former Madhya Pradesh chief minister Kamal Nath has mocked ex-Cabinet minister Imarti Devi, referring to her as an ‘item’, stirring controversy ahead of state by-polls. Nath made the statement on Imarti Devi while campaigning for the Congress candidate against her in Dabra.  Addressing a rally in Dabra, Kamal Nath can be heard saying, “Our candidate is not like her… what’s her name? (people shout Imarti Devi, who is former State Minister) You know her better and should have warned me earlier… ye kya item hai.”

#WATCH: Our candidate is not like her… what’s her name? (people shout Imarti Devi, who is former State Minister) You know her better and should have warned me earlier… ye kya item hai: Former Madhya Pradesh CM & Congress leader Kamal Nath pic.twitter.com/eW76f2z8gU

The apparently sexist remark of the Congress veteran came a couple of days after Devi accused him of bribing the MLAs when he was the Chief Minister. The former state minister, who switched ranks to the BJP after Jyotiraditya Scindia’s rebellion, had told reporters on Thursday that Nath used to pay “Rs 5 lakh” to Congress MLAs who could not be granted ministerial posts.

Imarti Devi filed her nomination from Dabra on Thursday for the upcoming by-election to the Madhya Pradesh Assembly. The State assembly’s 28 seats will go to by-polls on November 3 and counting on November 10.

Reacting to the controversy, CM Shivraj Singh Chouhan condemned Kamal Nath’s ‘feudal’ mindset, stating that Imarti Devi was the name of a poor farmer’s daughter, who had risen up on her own. Recalling Congress’  ‘bhookha-nanga’ jibe for Chouhan, the CM said it was evident how ‘feudal’ Congress was.

Similarly, BJP MP chief VD Sharma bristled saying, ” Kamal Nath, you have insulted the women of Madhya Pradesh and not just Imarti Devi. Katrina Kaif will be the item for you, Imarti Devi is our sister.”