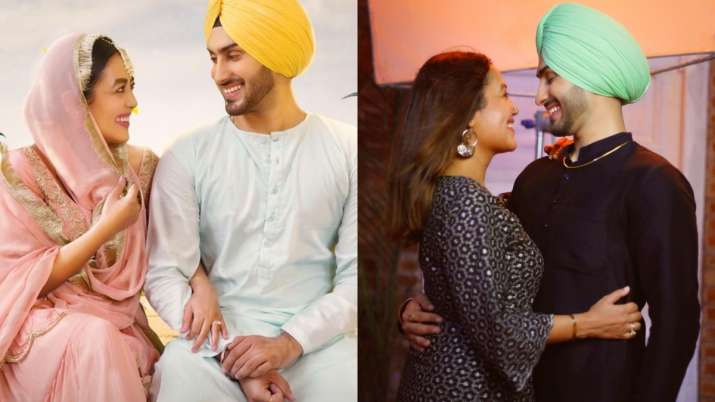 Singer Neha Kakkar is one popular celebrity of the Bollywood industry who has impressed fans with a number of hit songs like Kar Gayi Chull, Kala Chashma, Dilbar, etc. Not just her professional but her personal life has always been under the scrutiny of her fans ever since her breakup with actor Himansh Kohli. Recently, fans came across her mushy posts with Rohanpreeet Singh hinting at their wedding by October end. Neha who is quite active on social media recently shared a poster from the duo’s upcoming song ‘Nehu Da Vyah’ leaving fans confused as to whether the two are really getting married or not. Well, now it seems that her marriage is finally happening as we’ve got our hands on a wedding card having the names of Neha and Rohanpreet that is going viral on the internet.

While many are considering it only a publicity gimmick to make their song successful, others think that there’s definitely something brewing between the two as they have also given them a hashtag #NehuPreet. Speaking about the wedding invitation card, it has all the information printed on it and was shared by a fan club who claimed that the same was posted either Neha or Rohanpreet on INSTA Stories.

The wedding will take place in a Gurudwara and the date in the card shows October 26, 2020, after which a reception will follow in Punjab. Without further ado, catch the glimpse of the invite here:

Meanwhile, have a look at their mushy pictures here:

Seems like the two of them are madly in love with each other!

A few days back their picture went viral which many said that was from their roka ceremony. It had Neha and Rohanpreet sitting hand in hand and smiling for the camera sitting by the side of presumably the to-be groom’s parents.

ALSO READ: Aditya Narayan reveals he was ‘rejected’ by girlfriend Shweta Agarwal for THIS reason