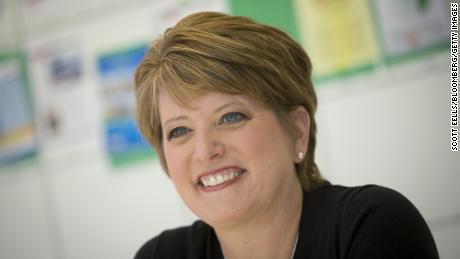 According to Freddie Mac, the average interest rate on a 30-year mortgage is now 3.05%, up from the low of 2.67% at the end of 2020. Rising interest rates on long-term bonds could lead to even higher mortgage rates in the not so distant future.

“Despite a recent rise in interest rates, the housing market across the country remains very strong,” Lennar executive chairman Stuart Miller said in the press release.

Miller noted that demand is still healthy, largely because many consumers have been saving money during the pandemic and bolstering their savings with federal government stimulus money.

And the well-documented housing shortage has pushed up prices due to the low supply of homes on the market, he said. Still, Lennar said in his earnings release that new home sales were up 26% from a year ago.

“The housing market has proven to be resilient in the current environment and we expect it to continue to be a key driver for the recovery of the overall economy,” Miller added.

Rising rates no problem for buyers, but demand for refi could take a hit

The spike in mortgage rates can be a bigger problem for existing homeowners than for people buying a home for the first time or moving from one place to another.

The Mortgage Bankers Association reported Wednesday that while aggregate mortgage demand this week was lower than last, the shift was entirely due to a slowdown in refinancing activity as rates rise.

If we dig deeper into the MBA data, the volume for mortgage applications taken out to buy new homes is actually up from a week ago and up 5% from the same time last year.

“The buying market helped offset the slump in refinancing,” said Joel Kan, the MBA’s associate vice president of economic and industry forecasting. “The recovering labor market and demographic factors are boosting demand, despite continued constraints on supply and affordability.”

Housing market can cool down, but not fall off a cliff

Still, there are some concerns that the housing market will inevitably cool down. The latest building permit and housing start figures for February could serve as a warning.

The cabinet reported on Wednesday morning that both permits and starts have both fallen by more than 10% last month compared to January. The drop may be due to winter storms and unusually cold weather in the South and Midwest.

Barclays economists said in a report on Wednesday that the February data “suggests clear adverse weather effects at the start, which we believe are likely to be temporary and expected to abate in the coming months.”

Still, keep an eye on the trend.

“Weather obviously played a part, but it probably wasn’t the only factor,” Aneta Markowska, chief economist at Jefferies, said in a report Wednesday. “The best months for housing are probably behind us now.”

There’s a silver lining, Markowska added: A slowdown in the housing market at this point is unlikely to spill over into the broader economy.

“There is ample support for other sectors of the economy, especially consumer demand and manufacturing,” she noted.