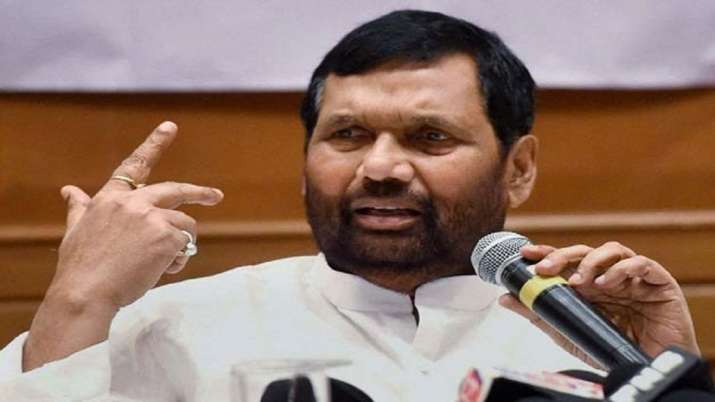 Lok Janshakti Party founder Ram Vilas Paswan, 74, is no more. Back in November 2019, he had declared Chirag Paswan his political heir when he vacated the party’s president post to accommodate his son. Paswan, when admitted to hospital in Delhi recently with multiple complications, shared a tweet wherein he declared to stand by any decision his son Chirag takes about poll-bound Bihar. This tweet was seen as a strong message from him that put to rest all speculation about whether he was uneasy over Chirag’s criticism of Bihar CM Nitish Kumar – also the NDA face in the eastern state.

The LJP leader enjoyed a mass support among the Dalits, especially the Dusadh (Paswans). His death just a few weeks before polling in Bihar will definitely cast a shadow on the results. The LJP which quit the NDA recently has been vocal against JD(U) leader and Bihar Chief Minister Nitish Kumar while going soft on the BJP. Any decision from LJP, which many believe is having a ‘non-formal’ pact with the BJP, will be crucial and have a bearing on other players’ decisions. But the BJP has so far taken a tough stand against Chirag’s decision and categorically denied having any ‘secret’ pact. It has even warned the LJP not to use Prime Minister Narendra Modi photos during the poll campaign. But Chirag, 37, has handled it tactically, describing him as the Prime Minister of the national and not of a political party. Bihar will go to polls in three-phase between October 28 and November 7. The results will be declared on November 10.

A father’ death is always an irreparable loss for a son, but for Chirag, Paswan’s demise is a political loss as well. Although Paswan transferred the power to his son back in November 2019, mere his presence reassured the alliance partners that all is well. Chirag is currently at an extremely delicate position. He has not hit the campaign trail yet. According to reports, Ram Vilas while in hospital described the father-son’s politics as complementing each other.

Paswan has always been described as a man of the people, credit the way he build and carried his relationships in the public life. His son Chirag is now creating his own space with ‘Bihar first, Bihari first’ slogan. Many believe that had the senior Paswan was well, the LJP wouldn’t have quit the NDA. Chirag had even urged BJP president JP Nadda to project a leader of the saffron party as the NDA’s chief ministerial face, claiming that there is a ‘wave’ against Nitish Kumar. Chirag in his letter dated September 24 to Nadda accused Nitish Kumar of ‘insulting’ his father and alleged that the JD(U) chief had expressed his ignorance of Paswan’s ill-health.

When Chirag will hit the campaign trail, his emotions will certainly run high. It will be interesting to see how he manages the crowd and the sympathy factor to translate into votes. Chirag will also face a new challenge to galvanise the LJP cadres and position himself as a leader of the party in the absence of his father. The LJP enjoys a sizeable support among the 16 per cent Dalits of Bihar.

Paswan emerged as a strong Dalit voice in the country and used to draw huge crowds in his rallies. He actually translated crowds into votes. He set new records of victory margins in general elections from Hajipur, a seat reserved for SC by the ECI. He registered a Guinness World Record by winning the election from Hajipur in 1977 with a margin of 4.24 lakh votes, the maximum margin by any politician in the world.

But his son Chirag has so far failed to pull a crowd in public meetings similar to his father’s. In 2015 elections, Chirag had addressed a few rallies but couldn’t pull massive crowds. Paswan, on the other hand, developed a direct connect with listeners which included mostly Dalit and poor.

Related Topics:Ram Vilas Paswan
Up Next