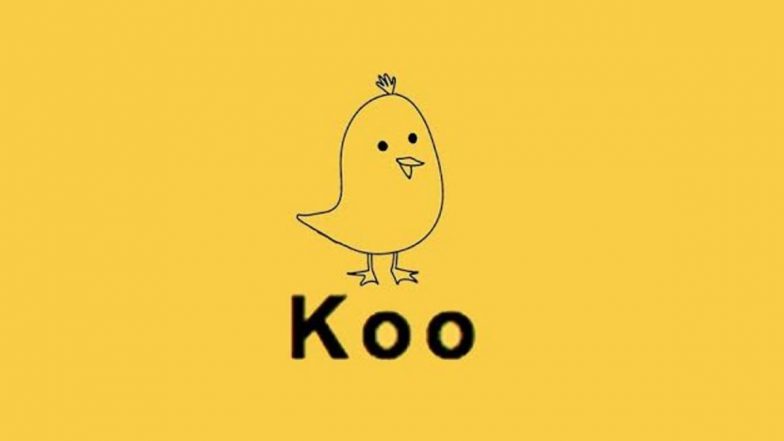 New Delhi: Homegrown social media platform Koo on Tuesday said it has added the “Eminence Yellow Tick” – which signifies prominent users from the world of arts, sports, business and politics – to over 2,500 accounts so far. Similar to its rival Twitter’s blue badge, Koo’s yellow tick for verified users – called ‘Eminence’ – recognises and showcases distinction in Indian life. The platform has over 6 million users.

‘Eminence’ promotes well-regarded personalities in line with Koo’s ideology towards transparency for its users and the social media ecosystem, a statement said adding that these requests are evaluated based on internal research, third-party public resources and in the Indian context. When contacted, Koo co-founder Mayank Bidawatka said over 2,500 accounts on the platform have the yellow tick. Koo App Launches Assamese Service, Chief Minister Himanta Biswa Sarma Shares His Post in the Language.

“Since Eminence is evaluated in the Indian context, it gives Indians a better likelihood of being able to get the Yellow Tick. This is a significant step towards making digital conversations interesting and constructive,” he told PTI. Eminence criteria are reviewed by a special team at Koo in March, June, September and December each year.

“As on date, the Eminence Yellow tick has been confirmed for approximately one per cent of requests received and these eminent voices are given prominence in their respective language communities,” Koo said in its statement.

This points to the rigour and importance Koo lays on ensuring that Eminence is not misused or granted at will, it added. Users can apply for the ‘Yellow Tick’ from within the Koo app.

Aprameya Radhakrishna, co-founder and CEO of Koo, said the Koo Eminence Tick is a recognition that the user is a significant representative of the voices of India and Indians.

“We have formulated the process keeping India’s local realities and are committed to ensuring transparency to maintain a user-base that is verified and acts responsibly while interacting online,” he added.