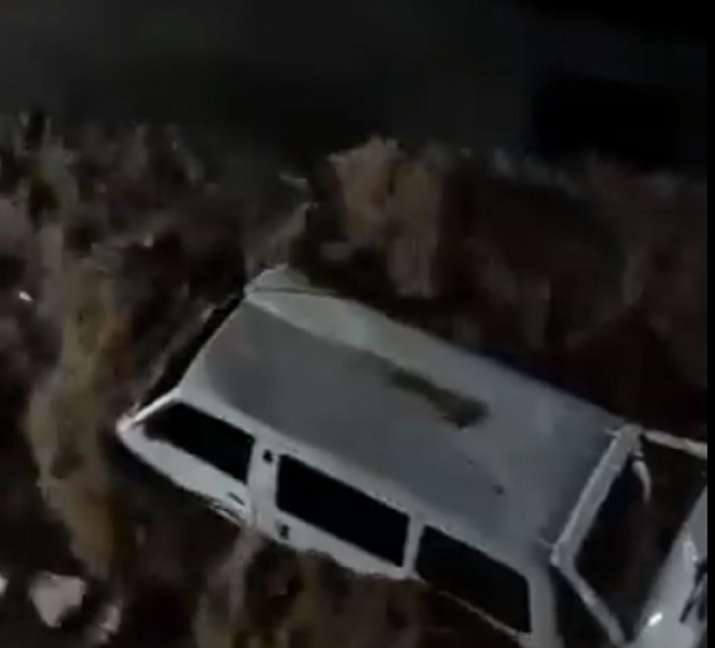 Scary scenes were witnessed in Hyderabad and adjoining areas after overnight rains devastated the city. On Saturday evening, several areas in the metropolis received heavy showers, triggering traffic snarls and water-logging. In its forecast for Sunday, the Met office said light to moderate rain or thundershowers are likely to occur in some parts of the city, at times intense spells at one or two places in the city.

In a video available with India TV, vehicles were seen floating in the flooded streets of Hyderabad. The cars got washed away in the heavy flow of water as Balapur lake breached its levels.

In another incident, a car got stuck in another inundated area in Rachakonda. A JCB machine was deployed to rescue it.

#WATCH Rachakonda: Abdullapurmet Police pulls out a car stuck in overflowing water with the help of a JCB machine. #Telangana (17.10) pic.twitter.com/AWEC4q1UQc

The heavy downpour stalled traffic at several places in the city, compelling many people to look for alternative routes. Jampacked roads were witnessed in LB, Nagar, Nagole and Dilsukhnagar. There was an 11 km long traffic jam from outer ring road to LB Nagar.

Meanwhile, flood waters were seen gushing through the roads in Tolichowki and several other locales in the city. Most roads were seen with floodwaters gushing at high speed. Several low lying areas in Vanasthalipuram and LB Nagar witnessed flooding.

After Tejas, India moves ahead to procure more MiG-29s & Sukhois...