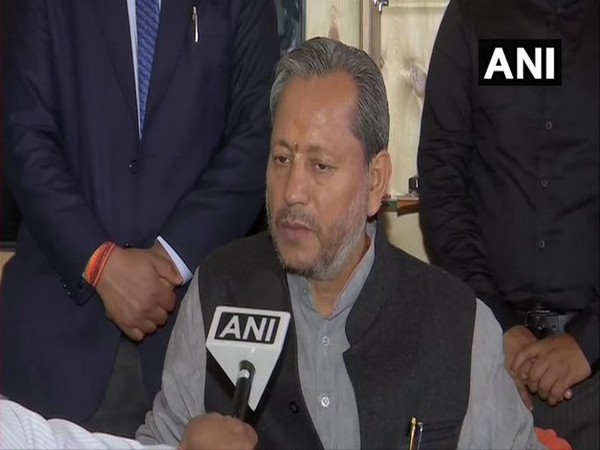 He submitted his resignation to Governor Baby Rani Maurya hours after he addressed a press conference.

A meeting of the Bharatiya Janata Party (BJP) legislature party is scheduled to take place on July 3 in Dehradun.

The resignation came amid uncertainty over bypolls in Uttarakhand, which will face assembly elections early next year.

Tirath Singh Rawat, who took over as Chief Minister on March 10 this year, had to be elected to the state assembly within six months but there is no certainty over bypolls being held which led to political uncertainty in the state.

Apart from the norms about not holding bypolls within six months of assembly polls, the situation due to COVID-19 was also an apparent factor in the decision regarding bypolls.

The BJP is now expected to be led by a new leader in the assembly polls and the state is likely to get its third chief minister in nearly four months.

Uttrakhand’s media in-charge Manveer Singh Chauhan said that the meeting of party MLAs will be held under the chairmanship of state president Madan Kaushik.

“BJP legislature party meeting is scheduled to be held at 3 pm tomorrow at the party headquarters. The meeting will be held under the chairmanship of state president Madan Kaushik,” Chauhan said.

Earlier in the day, Tirath Singh Rawat was in Delhi to meet the BJP central leadership.

In his press conference, Tirath Singh Rawat talked about various measures taken by the government during his tenure.

Former Uttarakhand minister and Congress leader Navprabhat had earlier this week written to the Election Commission urging it to “clear the confusion” in the state regarding bypolls.

The Congress leader quoted Section 151A of the Representation of the People Act, 1951, which mandates that the Election Commission fill the casual vacancies in state legislatures through bye-elections within six months from the date of occurrence of the vacancy, provided that the remainder of the term of a member in relation to a vacancy is one year or more. (ANI)