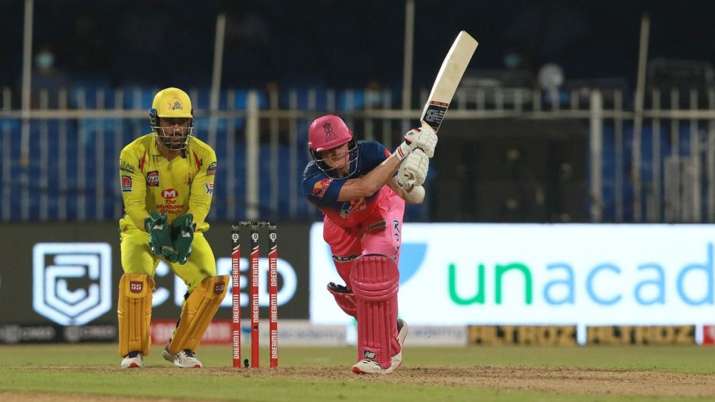 Chennai Super Kings and Rajasthan Royals risk their respective campaigns faltering into nothing as they prepare to face each other in a must-win match on Monday night. The CSK are currently seventh in the IPL 2020 table, only followed by their opponents tonight.

After Kings XI Punjab secured a thrilling twin-Super Over victory over Mumbai Indians on Sunday, the pressure has mounted on CSK and RR to put on their best show later tonight.

The CSK faced a five-wicket defeat to table-toppers Delhi Capitals in their last match, while Rajasthan Royals were swept away by a storm named AB de Villiers, as the South African batsman — almost single-handedly — took the game away from them in a 178-run chase.

The blow for CSK is bigger as their influential all-rounder, Dwayne Bravo, has been ruled out for at least a few days due to a groin injury.

After bringing life to their campaign with a win over Sunrisers Hyderabad, courtesy Dhoni’s smart captaincy, CSK were done in by sloppy fielding and Shikhar Dhawan‘s scintillating 101-run knock while chasing a competitive 180-run target.

Dropped a number of times, Dhawan hit his maiden IPL hundred while Axar Patel smashed three sixes in the final over bowled by Ravindra Jadeja, to hand CSK their sixth loss.

It was a nightmarish outing for CSK fielders as they dropped Dhawan on 25 and 79, apart from failing to latch on to a half chance and a run-out opportunity, and Dhoni would certainly seek improvement in that department.

“Shikhar’s wicket was important but we dropped him quite a number of times.If he keeps batting, he will keep the strike rate high. Also the wicket played better in the second half, but we can’t take the credit away from Shikhar,” Dhoni had said after the last game.

RR also find themselves in a very difficult situation and desperately need to explore ways to close down games.

One good thing for RR is the return to form of their skipper Steve Smith, who made 57 on Saturday, but star all-rounder Ben Stokes is yet to fire after having joined the team late. While Jos Buttler has not been consistent enough with the bat.

Sanju Samson has been subdued after his early exploits while Robin Uthappa seems to have found some form at the top, scoring 41 off 22 balls against RCB.