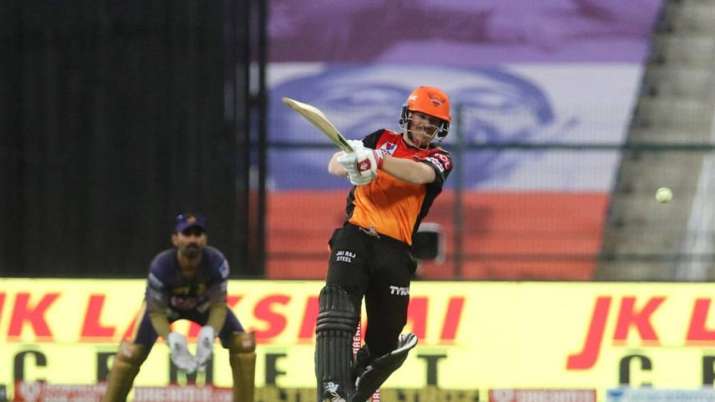 The SRH captain demoted himself down the order to no.4 and almost took his side home with a valiant 33-ball 47 that included 17 runs of the last over against death over specialist Andre Russell; ultimately taking the game into Super Over.

It was all Lockie Ferguson show from there onwards as he bundled out SRH for mere 2 runs in the one-off over affair. This was SRH’s third consecutive loss.

Warner felt side’s execution of plan wasn’t up to the mark on the day and wasn’t pleased with side’s death bowling in the first innings, allowing KKR to pose 164 target.

“I don’t know where to start. That was too good a game. We probably leaked a few too many towards the back end but for us it’s about trying to finish games. We’ve come too close in the last three games and we haven’t got across the line. I am quite disappointed,” he said.

Talking about side’s batting, Warner felt the target was achievable but losing out wickets at crucial juncture didn’t help their cause on a surface that didn’t change much throughout the game.

“I stick by my decision (of bowling first). Obviously coming away from Dubai, this wicket here looked like a nice batting wicket and wasn’t gonna change too much. To be honest, it didn’t. It held up a little bit in the middle overs but at the end of the day, there’s no excuse. I thought 165-170 was a par total and you saw that towards the back end, we lost wickets at the crucial time again,” he said.

Updating on Kane Williamson injury, the skipper said it’s a slight niggle and should be available for the next game.

“He’s (Williamson) got a niggle near the top end of the adductors, so hopefully he gets some physio treatment in the next couple of days and comes up for our next game,” Warner said.

SRH will next face Rajasthan Royals in Dubai on Thursday.