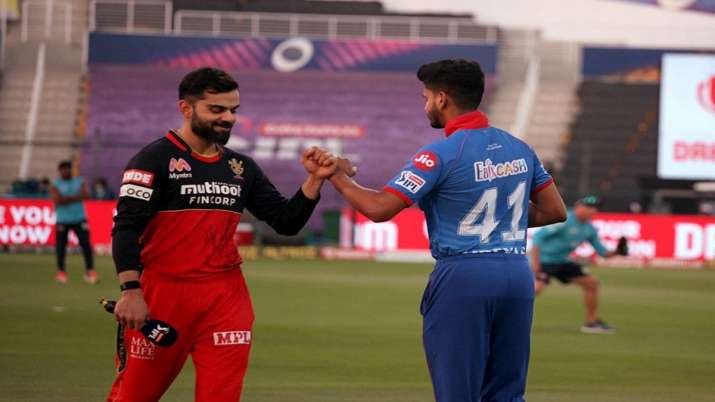 Shreyas Iyer-led Delhi Capitals (DC), after suffering four consecutive defeats, got back to winnings ways on Monday as they thumped Royal Challengers Bangalore (RCB) by six wickets to grab two vital points and achieve a top-two finish in the on-going IPL 2020.
On the back of half-centuries from Ajinkya Rahane (64) and Shikhar Dhawan (54), DC cruised past the 153-run target with six deliveries to spare. Capitals will now get two attempts to book their place in the final while RCB will play the eliminator. With their comprehensive victory, Capitals also scripted a unique record to their name. Since the inception of the IPL, the Delhi side has finished its campaign at every position in the league stage.

Delhi’s position in every IPL edition:

Despite finishing first in 2008 and 2012, Capitals (Daredevils then) had failed to lay their hands on the elusive IPL trophy. The Shreyas Iyer-led side will be eyeing their maiden title this season. Talking about the DC-RCB encounter, Devdutt Padikkal was the star in the first innings after slamming a vital half-century. He scored 50 off 41 to guide his side to a respectable total.

However, Anrich Nortje struck twice in the 16th over to dismiss Padikkal and Chris Morris. He finished with figures of 3/33 in his four overs before the Dhawan-Rahane duo finished the job in the second innings. Meanwhile, Kohli’s men also booked playoffs berth after DC took more than 17.3 overs to hunt down the total.

India vs England: Ball was skidding, so plan was to bowl wicket to wicket, says Axar Patel | Cricket News – Times of India

Nepal ruling party on verge of formal split – Times of...