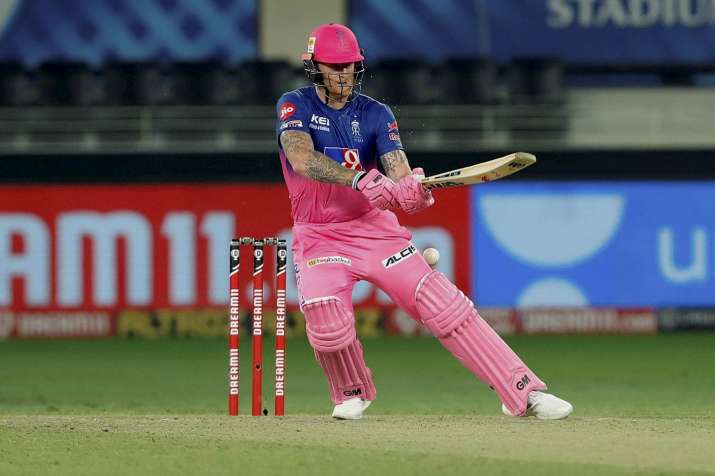 Big-hitting Ben Stokes’s struggle to hit his first six in the 2020 Indian Premier League (IPL) this season continued on Thursday as the England all-rounder failed to hit one against SunRisers Hyderabad.

The England all-rounder, known for big hits, has now played 103 deliveries over five matches, scoring 110 runs at an average of 22 runs. Although he has hit 14 fours, he is yet to hit a six.

Stokes, who joined the IPL late as he was with his ailing father in New Zealand, tried a few big shots on Thursday and almost got out once. On another occasion, the ball fell short of the boundary and in no man’s land.

The Man of the Final at last year’s World Cup has a highest score of 41 in the IPL. He has bowled just six overs in the tournament so far, putting questions over his utility.

Before the tournament began, Stokes had 102 sixes in 123 T20 games. Last IPL season too, he managed to hit just four sixes in nine matches.

The other big-hitter to disappoint in the league is Glenn Maxwell. The Kings XI Punjab batsman has faced 87 deliveries without hitting a six. He has scored 90 runs at 15 with just eight fours.