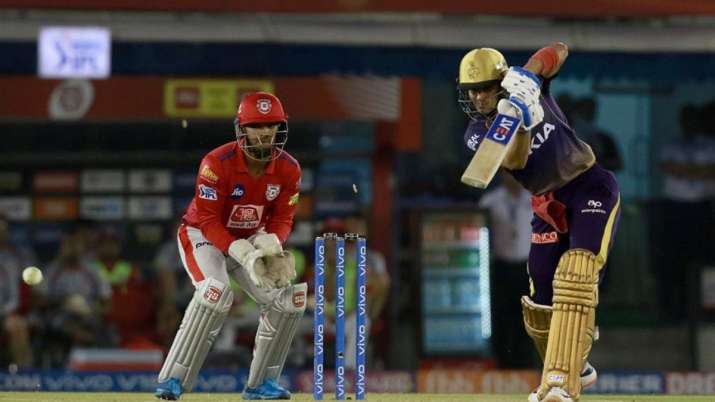 The Kings XI Punjab are on the brink of a disastrous campaign in this tournament, despite some of their players currently among the top in individual batting and bowling charts. With five losses in six matches, KXIP lie at the bottom of the table and will desparately push for a turnaround later today when they take on the Kolkata Knight Riders.

KKR pulled off an impressive win against Chennai Super Kings earlier this week, as Dinesh Karthik shunned his critics in style to beat MS Dhoni‘s men. With three wins in five games, KKR look to pose contention for a place in the playoffs.

Take a look at the Dream11 predictions for the game:

– Rahul Tripathi announced his arrival in style with a 16-ball 36 against DC and reciprocated his performance as an opener in their last game. He scored 81 off 51 deliveries and was named the MoM. A must-have in your side against a significantly weak KXIP attack.

– KL Rahul and Mayank Agarwal will remain key for KXIP again – and it has been a story of their season so far. Both will look to take the onus upon their own hands tonight.

– It is also possible that Gayle comes in place of Maxwell. If he does, it would be unwise to not consider the “Universe Boss” in your XI, especially when he has been forced to sidelines for so many matches.