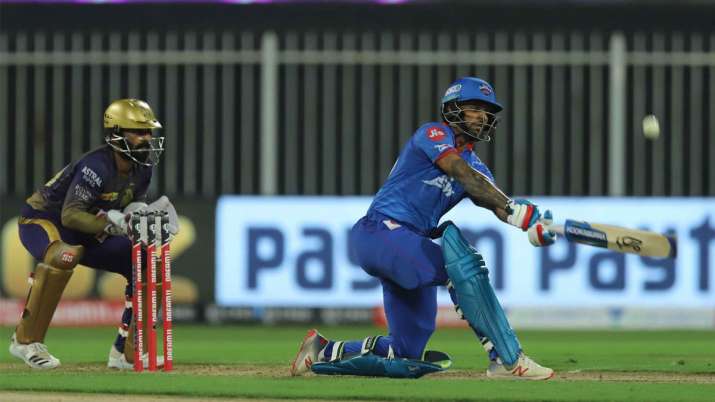 Delhi Capitals will look to gain back the winning momentum as they take on a struggling Kolkata Knight Riders, who are clinging on to last play-off berth with other bottom teams fast catching up. With just four games to go KKR need to see match 42, slated in Abu Dhabi, as a final to give themselves an edge going into the last of the league stage matches.

DC, on the other hand, have always come off as a side hungry for victory this IPL and would be more furious of a side on Saturday afternoon after losing their last game to Kings XI Punjab but the loss was nothing compared to the heavy defeat KKR suffered against Royal Challengers Bangalore earlier in the week; making DC players better candidate for the fantasy XI spots.

DC opener Shikhar Dhawan has been in prime form, heading into the game with historic back-to-back centuries; though same can’t be said about Prithvi Shaw as runs haven’t come out of his bat at all. This makes Shubman Gill a viable candidate for the line-up with two fifties to his name this season while scoring 312 runs at an average of 34-plus. Both the skippers Shreyas Iyer and Eoin Morgan have shown good touch with the bat as well and could fetch points. Also, a big ininngs is due from wicket-keeper batsman Rishabh Pant, who has been chipping in with 20-odd runs regularly barring few poor knocks.

Among all-rounders, Marcus Stoinis and Axar Patel are the picks for the game with Sunil Narine and Andre Russell uncertain with injuries. Also, someone like Pat Cummins could come handy with the new ball in Abu Dhabi as the pitch is tilting towards pacers while not forgetting his batting abilities.

Among bowlers, again keep in mind the recent past performances of pacers in Abu Dhabi, Kagiso Rabada and Lockie Ferguson are must for the game while the uncertainty of Anrich Nortje prompts the inclusion of Varun Chakravarthy (9 wickets in eight games) into the XI as he has the knack of picking wickets in the middle overs while being economical.

U.S. May File Antitrust Charges Against Facebook As Soon As November – Newspaper

IPL 2020: KKR hope to get their act together against title contenders Delhi Capitals