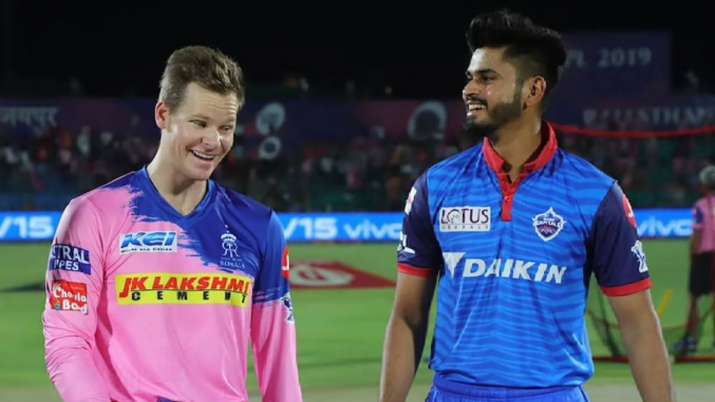 In Match No.23 of the ongoing 13th edition of the Indian Premier League, Rajasthan Royals will be taking on Delhi Capitals in Sharjah. Rajasthan stand in the bottom half of the table with two wins in three matches, losing all their matches outside Sharjah. Delhi, on the other hand, stand second with four wins in five matches, hoping to regain the top spot with a win on Friday.

Here are our Dream11 fantasy tips for the match…

With proceedings back at Sharjah, Steve Smith and Sanju Samson will be part of the lineup. They had top-scored for Rajasthan in the two matches they played at the venue. Jos Buttler will be joining them form the Royals as well.

From the Capitals, an in-form Prithvi Shaw and captain Shreyas Iyer will be joined by the middle-order duo of Rishabh Pant and Marcus Stoinis.

Either between Iyer and Samson can be made the captain. Iyer will be our suggestion given his consistency. He has so far scored 181 runs in five games, which includes a 38-ball 88 in his only game at Sharjah. Samson had scored 74 and 85 in his two innngs at the venue but has since failed to find his touch. Stoinis can be a choice for vice-captain. He has scored 123 runs at a strike rate of 198.38 with both his fifties coming at bigger venues.

In the pace department, Kartik Tyagi, Jofra Archer, Kagiso Rabada, and Anrich Nortje will be our picks. With 34 wickets being picked by seamers at this venue at 10.43 an economy rate, we are avoiding picking any spinners for the venue.