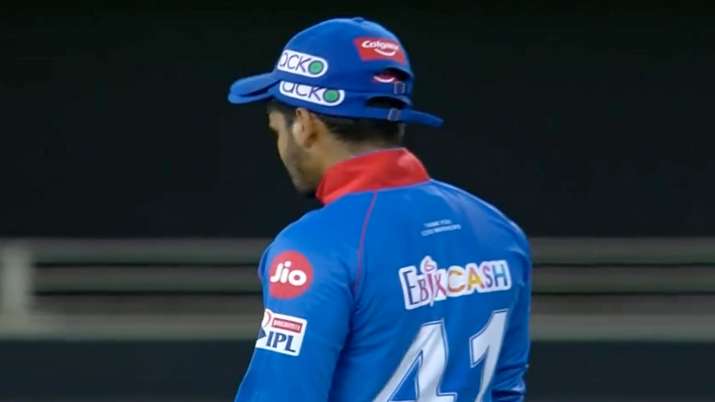 Eoin Morgan-led Kolkata Knight Riders suffered an embarrassing eight-wicket defeat against Royal Challengers Bangalore in the on-going IPL 2020 on Wednesday. Batting first, the men in purple and gold suffered a batting debacle and managed to post a meagre 84-run total on the scoreboard.

In response, it turned out to be a cakewalk for Kohli’s men, who chased down the target with 39 deliveries to spare. With the win, Bangalore also clinched two vitals points and moved up to the top of the points table. KKR, on the other hand, are sitting fourth with five wins from 10 matches, eager to add a couple of wins to qualify for playoffs.

Amid all the cricketing drama between KKR and RCB, fans were quick to notice a peculiar thing on the field. Morgan was spotted wearing two caps, leading to fans questioning the reason behind it on social media. This wasn’t the first instance when a player has been spotted wearing multiple caps. Skippers of their respective franchises, Shreyas Iyer and David Warner have also sported two caps many a time.

Earlier, the umpires were assigned the duty of holding a player’s accessories but the post-coronavirus world has changed the dynamics of the sport. The world has witnessed several changes in the game including the much-debated saliva ban. And, in the wake of the pandemic, umpires have also been refrained from holding caps, sweaters and other items.

“Players and umpires should maintain social distancing on the cricket field and that includes no handing over of player items (cap, towels, sunglasses, jumpers) to the umpire or teammates. Consider adopting a process that will assist the bowler in managing his/her items. Umpires may also be encouraged to use gloves when handling the ball,” the ICC’s rule states.

The rule was incorporated into the game right from the first game in the post-coronavirus world. In the Test between England and West Indies, Rahkeem Cornwall was spotted wearing multiple caps on the field.