IPL 2020: I play with courage, not afraid to get out, says Shikhar Dhawan
Advertisement 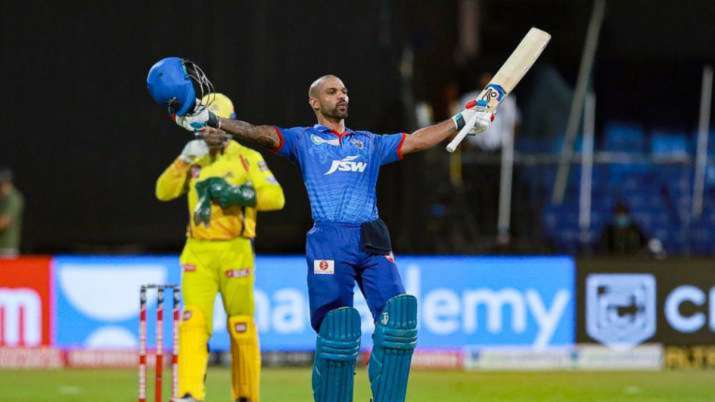 Delhi Capitals had to another huge victory in IPL 2020 on Saturday thanks to Shikhar Dhawan’s blazing knock of 58-ball 101 which ensured that the capital outfit chased down CSK’s challenging 180 total set by six wickets at the Sharjah Cricket Stadium. The victory powered DC back to the top of the table with 14 points in nine games.

His whirlwind of an innings, marred with 14 boundaries and a six, came after Shane Watson (58) at the top followed by Ambati Rayudu (45 not out) and Ravindra Jadeja (33 not out) down the order powered CSK to 179/4 while taking a good measure of the DC bowlers.

Atfter collecting the man of the match award, the DC opener said he always played his cricket with a lot of courage and is never afraid of losing his wicket.

“I just want to continue the same form and make the most of it. I keep my mindset positive, I don’t think a lot. Of course, I do have a few strategies according to pitch. I feel I always bat with a lot of courage and not afraid of getting out,” Dhawan said.

Talking about his maiden IPL century, the southpaw said he his happy to finally convert a good start into a big innings.

“It’s very special (first IPL ton). Playing for 13 years, so very special. Really happy. At the start of the tournament, I was hitting the ball but I wasn’t converting the 20s or 30s into fifties,” he said.