Tech Kashif Latest & Breaking News
Home Sports News IPL 2020 | Is it over for Glenn Maxwell at KXIP, once again? 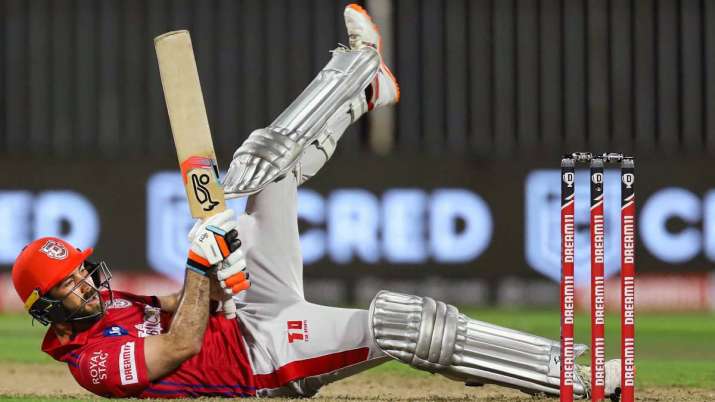 Kings XI Punjab were probably the most delighted franchise when BCCI had announced the UAE as the hosts for the 13th season of the Indian Premier League. Why? They were simply invincible, albeit in only the allotted five league games, when IPL had last travelled to the UAE back in 2014. And Glenn Maxwell, who was roped in for INR 10.75 crores in December last season, had finished atop in the run-scoring charts for KXIP in 2014 with 300 runs in five matches. But fate has reversed the numbers this time around. After six games in IPL 2020, Kings XI Punjab are languishing at the bottom end of the table with just one win and five defeats. And one of the many reasons behind their misfortune has been a misfiring Maxwell.

KXIP have a decorated batting lineup with KL Rahul and Mayank Agarwal as openers followed by Nicholas Pooran and Maxwell. First look at their top four, and one would predict competitive scores for KXIP amid sixes galore. But while their top three has been firing, Maxwell has been weighing them down with his average of 12 and a strike rate of 85.71 this season. The Aussie has managed only 48 runs in 56 balls this season, batting across six innings with just three boundaries and zero sixes. Only Kedar Jadhav has faced more balls (59) without hitting a six this season.

Is it over for Maxwell at KXIP, once again?

With his destructive power-hitting abilities, equal to what Andre Russell has evolved to become over the last few years, Maxwell was always a T20 favourite. Any top T20 franchise would fancy adding the Aussie to their lineup, who can also provide a few overs in the middle-overs with his off-spin variety. But Maxwell, has always, failed to live up to the big expectations in IPL with an overall average of just 22.

2014 was his only big season so far, when he scored 552 runs in 16 matches, however, 252 runs of that total came in 11 games with just one half-century. His UAE brilliance had however helped the franchise reach the IPL final for the first and only time in their 12 years in the tournament.

He was retained by the franchise, but returned with an average of just 13.14, scoring 145 runs in 11 matches. Maxwell was dropped eventually that year. He remained part of the franchise and in 2017 was made the captain, but the disappointment saga continued in IPL with then KXIP director Virender Sehwag criticising him openly at a presser at the end of their campaign, saying, “We always knew that when Maxwell fires, then he can win the match on his own. But he didn’t fire in most games. That is a big disappointment… He didn’t take the responsibility as a captain and didn’t perform for Kings XI Punjab”.

After two years away from KXIP and a year off from IPL, Maxwell was once again picked by Punjab on the virtue of his impressive international return in 2019 where he scored 231 runs in just three innings with one century and two fifties, and with a strike rate of 183.33. Yet on IPL return, the story remained the same.

With an average of just 18.5 since 2015, comprising 53 innings with just two fifties, Maxwell was all set to lose his spot to Chris Gayle, but head coach Anil Kumble informed that the veteran was down with a stomach illness.

KXIP will not just be hoping for Gayle to match fit for their next IPL game, but also fire from ball one given their situation in the tournament.