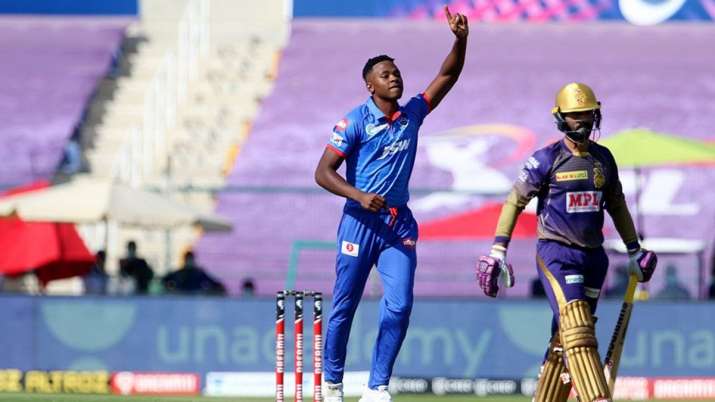 Delhi Capitals’ pace spearhead Kagiso Rabada, who has clinched 23 wickets in 11 matches, will look to help his team bounce back from their previous two defeats in the ongoing Indian Premier League (IPL) when they take on SunRisers Hyderabad on Tuesday.

Capitals, who have suffered back-to-back losses against Kings XI Punjab and Kolkata Knight Riders, are currently placed at the second spot in the points table with 14 points from 11 matches.

Rabada has said that his team needs to back their strengths and work on a few things which would help them bounce back in this crucial stage of the tournament.

“You are playing quality cricket here – this is not easy cricket. We started off well which is a huge positive as you always want to throw the first punch. And that’s how it’s going to happen in the, I say ‘the curve’ – now that’s a relevant term these days. And we are just dipping a bit, but just need to do a few things to spike again,” said the 25-year-old.

“We are getting into the crucial part of the tournament now. And you play against good teams – anyone can win on the day. So, it just shows you how well we have been doing, to have won so many games in the front of the tournament. All we need to do is back our strengths, which I am sure we will touch on, and just make small changes where we feel that the game got away from us,” added Rabada after suffering the 59-run loss against KKR on Saturday.

On being asked about facing the ups and downs of the game and in the tournament, the pacer said, “Well, it’s just to acknowledge the fact that you play against quality teams and these things happen. I mean, the amount of times I have lost in my career is a lot. Also, everyone sitting down, everyone who is playing cricket – everyone loses, everyone wins. So we shouldn’t be too hard on ourselves and we shouldn’t overthink.”

“Ricky (Ponting) will address us. He would have analysed the game, and I am sure the players will take time out to analyse their individual performances as well – that just happens naturally. Everyone wants to play well. So it’s not a crisis. We just need to look at where the game got away from us. That’s it, and re-emphasize on all the good things we have been doing. We have been doing a lot of good things, so the boys are not panicking too much. We just need to give a little bit of attention to the finer details,” added Rabada.

The two teams had played each other on September 29 in Abu Dhabi which saw SunRisers Hyderabad pull off a 15-run victory as the Delhi Capitals fell short of chasing 163.