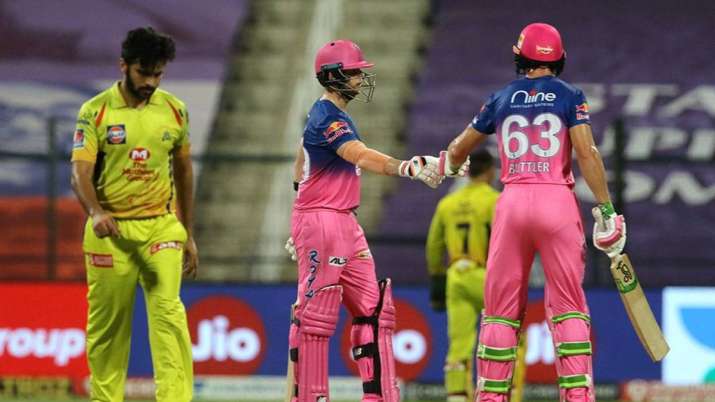 On an evening when everything went in favour of MS Dhoni, the man who was playing his 200th IPL game, the gritty partnership of Steve Smith and Jos Buttler left him clueless on a slowish Abu Dhabi track on Monday. After going three down in the fifth over with just 28 runs on board, Smith and Buttler dug deep to stitch a valiant 98-run partnership to chase the lowest target set by a team this season, with 15 balls to spare. With the win, only their fourth in the season after 10 games, Rajasthan take the fifth spot in the points table, pushing Chennai Super Kings once again to the bottom end.