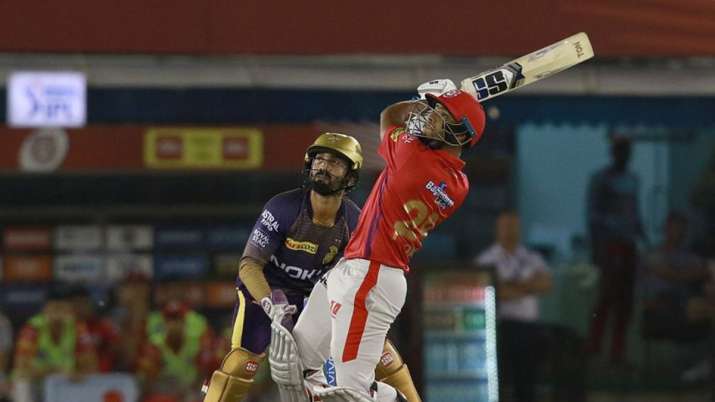 Kings XI Punjab will be desparately hoping for change in fortunes when they take on the Kolkata Knight Riders in IPL 2020 on Saturday. The KXIP have lost five of their first six games and are at the bottom of the table.

The KKR, meanwhile, have a chance to go third in the table with a win later today. The Knight Riders made a strong comeback against Chennai Super Kings, as Dinesh Karthik shut down the criticism over his captaincy with astute decision-making to defend a 168-run target.

Take a look at the key stats from the game:

Head-to-head tie: Kolkata Knight Riders enjoy an overwhelming 17-8 win-loss record against Kings XI Punjab. They also defeated KXIP in their last three meetings. However, it was Punjab who had defeated KKR in their only meeting in UAE, back in 2014, winning by 21 runs in Abu Dhabi.

At the venue: Kings XI Punajab lost their only match at the venue so far. KKR, on the other hand, have a 3-2 record in Abu Dhabi, winning both the matches at the ground this season.

– Time to bring in Chris Gayle? He has a strike rate of 143.4 and 141.6 in the powerplays in the last two IPL seasons. This move could mean Glenn Maxwell will sit out, having averaged only 18.5 since 2015 wuth just two fifties. This season, he has scored 48 runs off 56 balls without a single six. Rahul can be shifted to No.3 or 4. He has an incredible death-over strike rate of 192.5 in the last three IPL seasons. This season, he has scored 97 runs in 45 balls in the slog overs, with one half-century.

– If Gayle is brought in, Narine will be the best bowler to go with to cut off KXIP’s early onslaught. Gayle has registered the least strike rate against off-spinners, striking at 92.9 and averaging 23 while being dismissed four times. Narine himself has dismissed him five times with Gayle managing 176 runs in 189 balls.

– How about Varun Chakravarthy from the other end? Mayank has been dismissed seven times by leg-spinners while averaging 21.9.