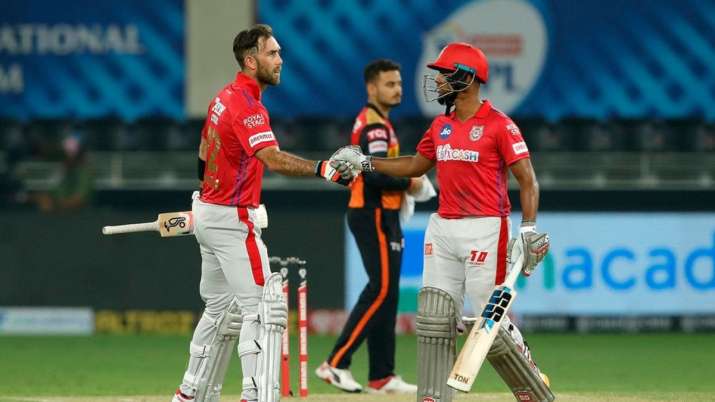 Kings XI Punjab and Sunrisers Hyderabad meet in Dubai later tonight in a bid to keep their bid for a playoff spot alive. The KXIP side made a tremendous comeback after losing five games on the trot, as they beat the current top-3 in the table in their last three matches.

The SRH, meanwhile, are level on points with KXIP but lead on Net Run Rate. David Warner’s men kept their playoff hopes alive after a dominant win over Rajathan Royals in their previous game.

As both the sides meet in the second day of IPL‘s double-header, let’s take a look at some of the crucial stats:

Head to Head: In 15 encounters between both the sides, Sunrisers Hyderabad have dominated Kings XI Punjab with 11 wins. In their last five encounters, SRH have won three while two have gone in favour of KXIP.

At venue: In their first match at the venue earlier this season, SRH outclassed the KXIP with a 69-run victory. SRH put 201 on the board and bowled KXIP out on 132 in 16.2 overs.

– Rashid Khan enjoys bowling against KXIP. In seven matches, Rashid has picked up 14 wickets against the side and registered his best bowling figures of 3/12 against the side earlier this season.

– KL Rahul has struggled against Rashid Khan in his IPL career so far. He has faced 24 balls off Rashid, scoring only 16 runs while being dismissed twice.