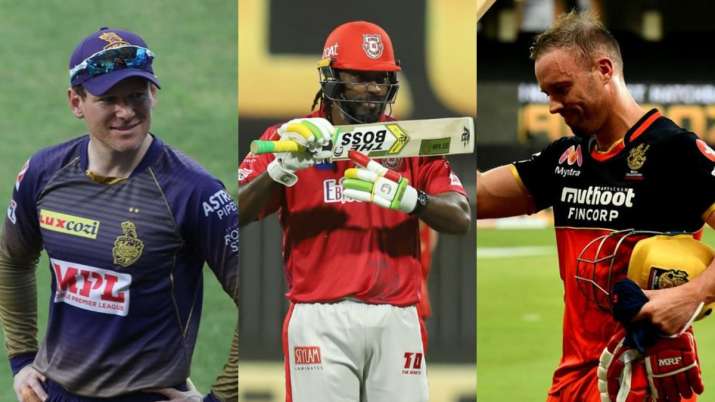 The fourth week in the Indian Premier League saw action-packed cricket action in the United Arab Emirates, with a few teams solidifying their place in the top-4, while the others engaging in a heated battle for a place in the playoff stages.

In this week of the tournament, we saw a change in captaincy in Kolkata Knight Riders, Rahul Tewatia stepping up with the bat once again, and ‘Mr 360’ AB de Villiers pulling off two incredible innings to steer RCB to victory.

Also, a century from Shikhar Dhawan.

Let’s take a look at the top moments of this week:

AB de Villiers forms the backbone of RCB’s batting order along with Virat Kohli and this week, he produced two incredible performances to guide RCB to key victories as they strengthened their claim for a place in the playoffs.

As the tournament is progressing, the pitches are wearing down — becoming more conducive for bowlers. AB, however, remains in the class of his own. Against KKR in Sharjah on October 12, the South African smashed an unbeaten 73 off 33 deliveries on a pitch where all the other batsmen combined to score only 218 runs in 207 deliveries.

Yesterday, de Villiers produced yet another batting masterclass as he smashed Jaydev Unadkat for three successive sixes in the 19th over to grasp the game from Rajasthan Royals’ jaws and leading RCB to a thrilling win. He remained unbeaten on 55 off just 22 balls.

Dinesh Karthik has been bearing the heat of KKR fans after the side’s inconsistent performances under his captaincy. Karthik’s form with the bat took a hit too, as he failed to step up despite shuffling himself at various positions in the batting order.

And so, on October 16, the same day as their game against Mumbai Indians, Dinesh Karthik resigned from his position as captain of the side as Eoin Morgan, the World Cup-winning England’s limited-overs captain, took over the reigns.

📰 “DK and Eoin have worked brilliantly together during this tournament and although Eoin takes over as captain, this is effectively a role swap,” says CEO and MD @VenkyMysore #IPL2020 #KKR https://t.co/6dwX45FNg5

Morgan didn’t enjoy the best of starts, however, as KKR’s batting collapse proved detrimental to the side’s 8-wicket loss against MI.

Rahul Tewatia became a household name in this edition of the tournament, thanks to his incredible batting effort against Rajasthan Royals during the first week of the tournament. On October 11, he became the match-winner for the Royals again — this time assisted impressively by youngster Riyan Parag.

Chasing 159 against SRH, RR found themselves in a spot of bother when the side was half-down for 78 in 12 overs. However, Tewatia and Parag then enjoyed an unbeaten 86-run partnership, steering the Royals to another memorable win.

Tewatia remained unbeaten on 45 off 28 balls, while Parag scored 42 in 26 deliveries. The Assamese youngster also won the hearts as he performed the traditional ‘Bihu’ dance after scoring the winning runs.

The South African pacer consistently clocked speeds of over-150 kph throughout the game against DC.

It was a long wait, but one of IPL’s greatest entertainers, Chris Gayle returned to cricket action this week. He played his first match for Kings XI Punjab on October 15 and scored an important fifty, as the side’s losing streak came to an end against Royal Challengers Bangalore.

Gayle scored 53 off 45 deliveries but turned back the clock with vintage ‘stand-and-deliver’ sixes throughout his innings.

On October 17, Shikhar Dhawan finally ended a long wait for his first T20 century. The Delhi Capitals opener slammed an unbeaten 101 off 58 deliveries against the Chennai Super Kings, steering the side to a 5-wicket victory.

He held one end and continued on his attacking game even as the side continued to lose wickets on the other. In the end, he stayed unbeaten as Axar Patel (21 off five deliveries) finished the game with brilliant hitting against Ravindra Jadeja in the final over of the match.