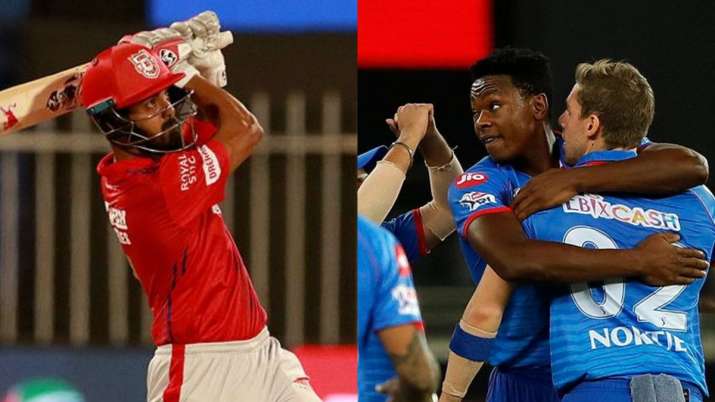 Kings XI Punjab captain KL Rahul continues to hold the Orange Cap in IPL 2020, with Delhi Capitals’ Kagiso Rabada holding the bowling equivalent. Both the players also held the two caps (Orange and Purple) at the end of the third week.

In eight matches so far, Rahul has scored 448 runs at a brilliant average of 74.67. His teammate, Mayank Agarwal closely follows him at second spot with 382 runs. However, while Rahul has a strike-rate of 133.33, Mayank is significantly ahead with an impressive S/R of 161.18.

Mayank Agarwal’s strike-rate is the most among the top-5 run-getters in the tournament so far.

Virat Kohli and Shikhar Dhawan are the newest entrants in the top-5, courtesy their consistent performances over the past week. While Kohli has consistently registered 40+ scores in five of his last six games (including two half-centuries), Dhawan made a big jump after he scored a century against Chennai Super Kings on Saturday.

Among bowlers, Kagiso Rabada has taken 19 wickets in nine matches so far. He is followed by Yuzvendra Chahal but enjoys a hefty lead of six wickets against the leg-spinner.

Here are the top-5 run-getters in the tournament so far:

Here are the top-5 wicket-takers in the tournament so far: