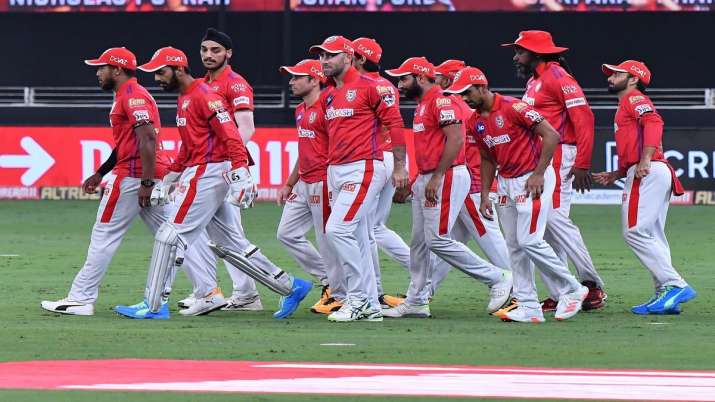 In a touching gesture, Kings XI Punjab (KXIP) players wore black armbands in their Indian Premier League (IPL) match against SunRisers Hyderabad (SRH) on Saturday as a tribute to opening batsman Mandeep Singh’s father, who had passed away on Friday night.

“Brave of Mandeep to turn up for the game tonight. Lost his father….yet he’s here putting up a brave face. Strength to you and your family. Deepest condolences,” tweeted former India opening batsman Aakash Chopra, paying tribute to the Punjab player.

Lost his father last night, but Mandy’s out here to open! 🙌

Brave of Mandeep to turn up for the game tonight. Lost his father….yet he’s here putting up a brave face. Strength to you and family. Deepest condolences. #IPL2020

Mandeep, 28, was drafted into the KXIP playing XI after missing three games, in which he hadn’t done much. He had scored 27, 6, and 0 in the previous matches he was picked for. Then he was dropped for the next three matches, and on Saturday he scored just 17 off 14 balls on his recall.

Probably, the tragedy affected his focus on Saturday, as it is not easy to concentrate after losing one’s father. Mandeep’s father was reportedly ill for a long time.

Mandeep opened the innings on Saturday in the absence of Mayank Agarwal, who is in great form in the 13th edition of the IPL. In the other change in the KXIP’s playing XI, Chris Jordan came in for James Neesham.