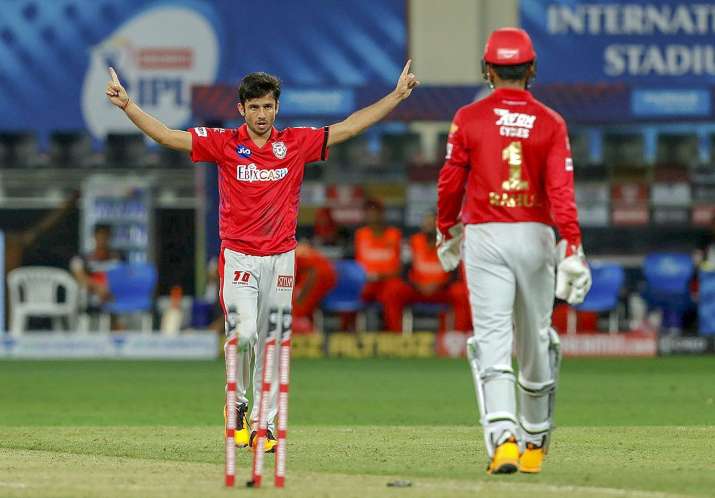 t seems Anil Kumble is seeing a bit of himself in Ravi Bishnoi. At Kings XI Punjab, he seems to have taken the leg-spinner under his wings with the latter working at the nets on the ‘chutki flipper’ which Kumble was well-known for.

Like Kumble, the Jodhpur-based Bishnoi started off as a fast bowler before turning to leg-spin which has traces of his fast bowling background. He is unconventional and quick through the air, similar to that of Kumble, though the delivery action is a bit different.

Bishnoi, who took 17 wickets to end as the highest wicket-taker in the U-19 World Cup earlier this year, is playing his first Indian Premier League (IPL) season and was a rare bright spot for the Kings XI during their humiliating 69-run loss to Sunrisers Hyderabad on Thursday. He has already taken seven wickets in six games so far.

He removed David Warner and Jonny Bairstow in one over after the England wicketkeeper-batsman had taken him for 18 runs in his first over during a huge century stand between the two batsmen. He ended up taking one more wicket with a spell of 3-0-29-3.

It was a sweet revenge and came with skills. Both Warner and Bairstow were surprised by the pace of the ball, with the Englishman falling to a flipper that was conventional and different from Kumble’s special variety, the ‘chutki flipper’ which hastens through a batsman’s defences to hit the pads and stumps. It is called ‘chutki’ because of the click sound the bowler’s fingers make at delivery. It got Kumble tons of wickets during his playing days.

“I am impressed with Ravi’s rise. We have worked very hard to get him to this level. I am very grateful and thrilled to see him come under Kumble sir’s wings. Like him, he bowls a bit fast. I spoke to Ravi the other day and he told me that he is learning the ‘chutki flipper’ from the master himself. He won’t try it now, as he is going ahead with the regular, the relatively slower flipper that got Bairstow. But he feels he should master it by the next season, hopefully,” Shahrukh Pathan, Bishnoi’s childhood coach who trained him at an academy in Jodhpur run by him and friend Prabhjot Singh, told IANS.

Bishnoi, who took four wickets in the U-19 World Cup final that India lost to Bangladesh, has an action which can technically be termed faulty if we go by the coaching manual.

His body and head fall to the left, not keeping straight as the coaching books suggest. Kumble, in comparison, kept his head still and straight, and would bowl with his delivery arm coming from a 12 ‘o’ clock position i.e. high arm. The good thing is that Kumble has given him confidence to continue with the same action as there are some advantages.

“He used to bowl fast when we took him in as a youngster about a decade or so back. Shane Warne had won the inaugural IPL but was still the flavour 2-3 years later, as people were still talking about him and how he won Rajasthan the title. I and my friend Prabhjot, with whom I was running the academy, asked Ravi to try leg-spin as he was short and frail and didn’t have the body of a fast bowler. We had a cemented surface,” says Pathan.

“When he tried leg-spin, he looked awkward, bowling fast and flat, but he was getting some turn. We asked him to give the ball some air but he couldn’t. Incredibly, this action – head and body falling to the left – was giving his googly a very sharp turn. So we let him bowl with the action,” he adds.

The googly is Bishnoi’s most potent delivery.

Pathan and Prabhjot had picked him after seeing him at the Regional Transport Office (RTO) in Jodhpur where they were playing cricket with a canvas ball in the area where driving tests are held.

“We were playing competitive, age-group cricket those days and used to practise on a cemented pitch (a crumbling basketball court was turned into the pitch) on a government ground. We had put old, used sarees around the pitch as we couldn’t afford nets. Then we cemented the court area to turn it into a pitch. We were also looking for kids to play with us to practice. When we saw Ravi and his friends, we took them in,” recalls Pathan.

There were ups and downs as Bishnoi failed to break through the state age-group side for three years but then luck smiled upon him. He impressed on Rajasthan U-19 nets to make the U-19 side. Then, he did well at the Rajasthan Royals nets too. The rest is history.