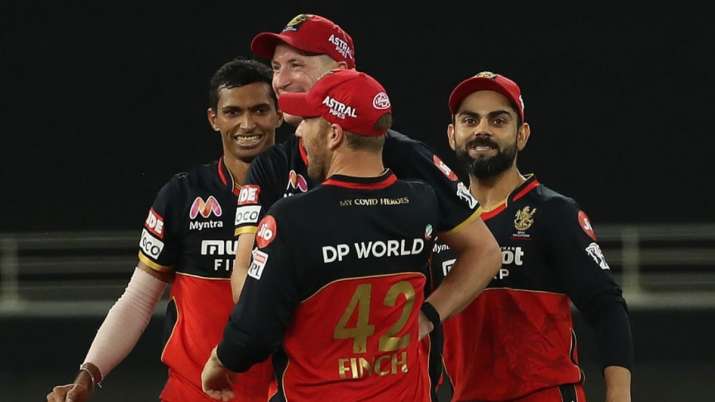 Royal Challengers Bangalore have made a strong start to the 2020 edition of the Indian Premier League. The side, which finished at the bottom of the table in 2019, has won five of their first seven matches so far and sits at the third position at the moment.

However, RCB’s head coach Simon Katich has said that they are not yet content with where the team stands at the moment.

The RCB will return to action later today when they take on the Kings XI Punjab in Sharjah.

“Every game is important, it is going to be a tight competition like it always is. Anyone can beat anyone on a given day, we want to make the most of this momentum we have built and the hard work we have done at this stage. I don’t think our playing group is content with where we are at the moment, we haven’t qualified for anything, we haven’t won anything, it is a case of building and keeping the confidence going,” Katich said in a video posted on RCB’s official social media platforms.

“I don’t think the players are content with where we are now, we haven’t won anything, we haven’t qualified yet. It’s more a case of building and keeping the confidence going” – Simon Katich

Watch Kato and Mike preview the second KXIP clash of the season on Game Day.#PlayBold pic.twitter.com/X4KLP3FoMb

The last time RCB played KXIP in this season, the Virat Kohli-led side faced a huge 97-run defeat, as KXIP skipper KL Rahul scored a century.

Talking about the game, Katich said, “That was a disappointing result, early in the tournament things can go the other way. We were fortunate to get on the right side of results in our next game against Mumbai. The loss against KXIP exposed some of the areas where we needed to improve but there were some good things that came out from that loss. If we can keep playing the way we have been doing, we would be looking forward to giving another good performance.”

RCB’s Director of Cricket Mike Hesson, meanwhile, said that the side’s present focus is on the game against Kings XI Punjab and that they don’t want to go “too far ahead of themselves.”

“We are not getting too far ahead of ourselves at all, we are trying to improve every game, when we win, it’s great and when we lose, we equally reflect. We are really happy with where we are at but we also know that our focus is pretty much Kings XI Punjab. We have had two games where we were beaten comprehensively but we all of a sudden don’t go back to square one, we have identified the areas we did not do that well,” said Hesson.