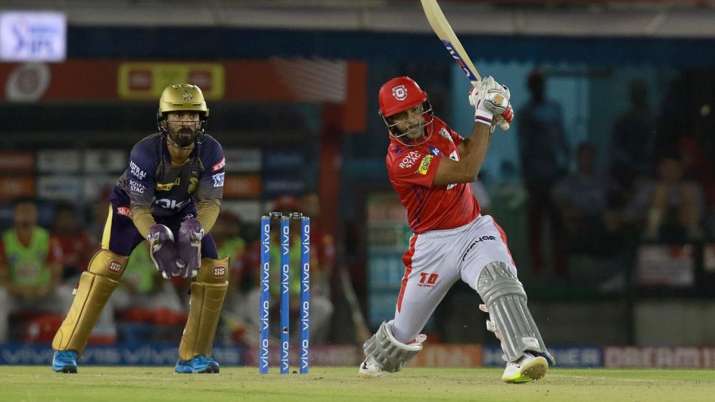 Kolkata Knight Riders made a splendid return to winning ways earlier this week when they beat Chennai Super Kings by 10 runs. There was significant pressure on Dinesh Karthik, following a few controversial decisions in the previous few games but the wicketkeeper-batsman remained unfazed as he outsmarted one of the shaprpest minds on the cricket field in MS Dhoni to steer KKR to victory.

HIs side will take on the Kings XI Punjab, who have had a disastrous outing against the Sunrisers Hyderabad on Thursday. The KXIP suffered a 69-run defeat as their bowling lineup failed to step up again, conceding another 200+ score in this tournament.

With KL Rahul and Mayank Agarwal failing to step up, the middle order bar Nicholas Pooran was exposed once again for the KXIP.

Following five losses and a solitary win, Kings XI Punjab are currently placed at the bottom of the table with two points, whereas the Knight Riders are fourth with six points from three wins.

KKR are gradually emerging as a strong contender for a third IPL title, with many of their players striking form as the tournament approaches the half-way stage.

Shubman Gill has already created an impression as an opener and now KKR have found another option at the top in Rahul Tripathi, who will enter the game with some confidence after his swashbuckling innings of 81 against Chennai Super Kings two days ago.

After a string of poor scores that led to him being replaced by Tripathi at the top, Sunil Narine seems to be rediscovering his old touch with both bat and ball, and evidence of that was his outing against CSK. In spin, Narine has Varun Chakravarthy for company, and the player from Tamil Nadu will be high on confidence after bowling out Mahendra Singh Dhoni in their last match.

However, the form of Dinesh Karthik and Andre Russell has been a concern for the side. Russell has impressed with the ball but has failed to find the groove with the bat. Karthik, meanwhile, has scored only 49 runs in five matches.

Kings XI Punjab will again rely on their trusted opening pair of captain KL Rahul and Mayank Agarwal. If Chris Gayle recovers from his food poisoning, he will make his first appearance in the ongoing IPL and that will be a huge boost for KXIP.

The misfiring Glenn Maxwell is likely to make way for Gayle. Nicholas Pooran’s exploits with the bat is a positive for KXIP and he will again look to play his shots freely.

Death bowling is a major concern for KXIP and they would need to get it right against a strong KKR batting line-up.