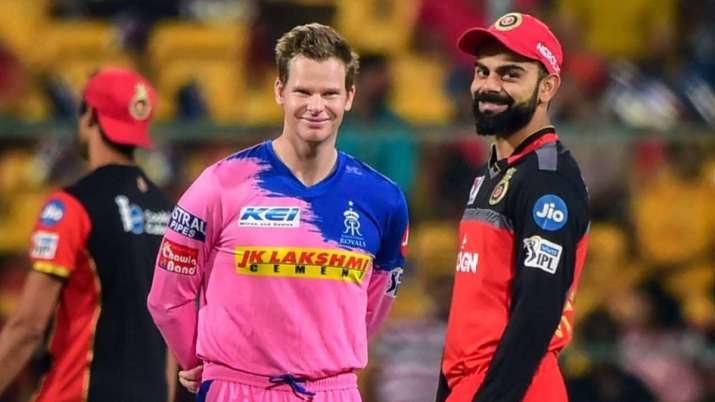 Smith admitted that the slowness of the pitch urged him to opt for batting first in Dubai. Rajasthan picked an unchanged XI.

“We are batting. Day game, better to bat first. Same team for us. We have got a good mix with Stokes back, we did a lot of things right in the last game. The wickets are slowing up, one reason for batting first,” said Smith.

Kohli too would have batted first had he won the toss. RCB have made a couple of changes to bring back balance to the lineup, one of which includes the debut appearance of Shahbaz Ahmed.

“This pitch looks a lot better, the surface looks a lot better than what we had in Sharjah. We would have batted first as well. Couple of changes for us – Mann is back for us, he replaces Siraj. Dube misses out, Shahbaz Ahmed gets his first game today. That helps us get the balance back. We have learnt from our losses, that shows the character in the team. It’s been a hectic schedule this week, it’s all about executing our plans,” said Kohli.