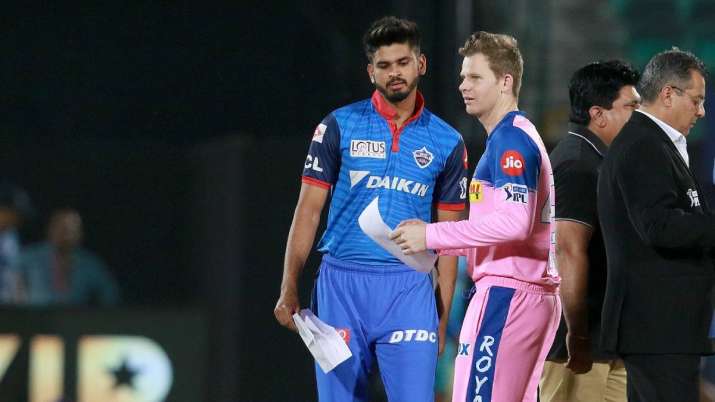 A struggling Steve Smith-led Rajasthan Royals (RR) will aim to get back to winning ways when they face a confident Delhi Capitals (DC) in the 23rd match of the Indian Premier League (IPL) at the Sharjah Cricket Stadium on Friday. DC are happily sitting at the second spot on the table with eight points from five matches while RR are seventh in the eight-team competition with four points from five matches.

Head-to-head tie: Rajasthan Royals narrowly stand ahead in the rivalry contest with 11 wins in 200 meetings, but since their return in 2018, they have lost thrice in four meetings against Delhi.

At the venue: Rajasthan won both the matches they played at the venue this season, extending their record to 2-1 at Sharjah in IPL. Delhi had lost their only game in Sharjah in 2014, but defeated KKR on October 4 this season.

– One of the most interesting duels will be between R Ashwin and Jos Buttler, although, it isn’t quite a match-up. Buttler has faced 32 balls against the offie, scoring 31 runs without being dismissed once. But what makes this interesting is that this will be their first meeting since that Mankad dismissal.

– How about starting with Shreyas Gopal in the powerplay? He has dismissed Shikhar Dhawan once in 15 deliveries, conceding 28 runs and got the better of Prithvi Shaw twice in 11 balls for 14 runs. Jofra Archer can be used alongside him given Shaw’s vulnerability to short balls, having been dismissed 11 times in IPL against that variety.

– Samson too struggles against short balls and hence Rabada would be a better option than Nortje for the powerplays.