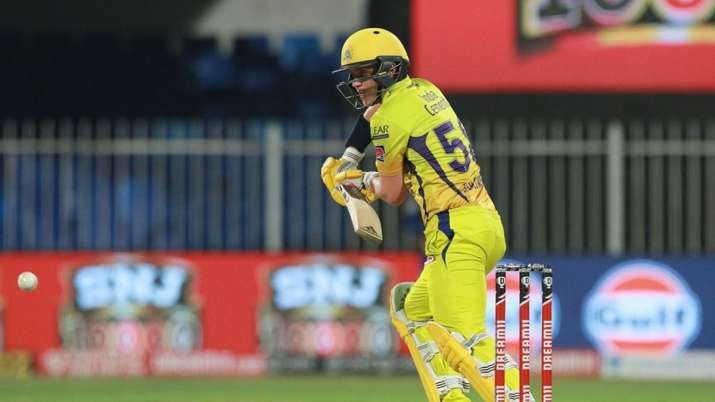 Young all-rounder Sam Curran emerged as the only performer with the bat against Mumbai Indians at Sharjah after Chennai Super Kings’ batting force suffered a batting debacle.

The 22-year-old stuck to the crease until the last over, guiding CSK to a respectable total on the scoreboard. At a time when no CSK batsman was able to stay glued to the crease, Curran kept the scoreboard ticking with occasional boundaries. The left-hander stitched 52 off 47 deliveries, including 4 fours and 2 sixes.

Curran, in the end, was also assisted by Imran Tahir‘s vital cameo of 10-ball 13 as CSK managed to gather a 114-run total. In the on-going IPL edition, Curran has now scored 106 runs in 10 matches along with taking nine wickets. He is among the few players from the CSK contingent who’ve managed to leave a mark on the UAE soil.

Talking about the CSK batting unit, the MS Dhoni-led side was left reeling at 24/5 at the end of first six overs. For the first time in IPL history, CSK lost their first five wickets in the powerplay itself. No designated batsman apart from skipper Dhoni- who scored 16- was able to achieve double figures.

Talking about MI’s bowling force, Trent Boult emerged as their most successful bowler by scalping a four-wicket haul while conceding only 18 runs. The Kiwi pacer was also joined by Jasprit Bumrah and Rahul Chahar, who plucked two wickets each to decimate CSK’s batting line-up.