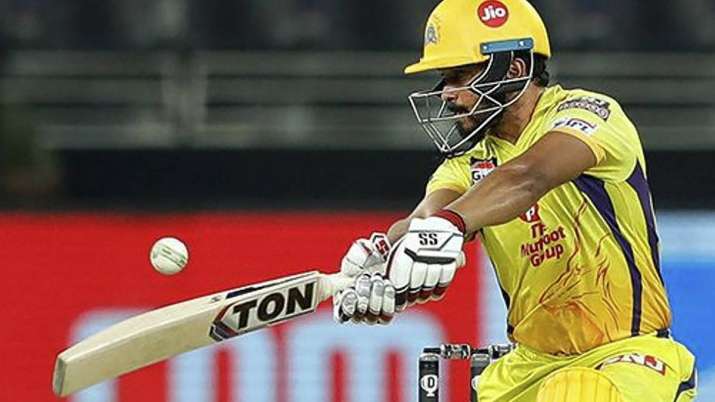 They started off their campaign in style, shrugging off the talks around Suresh Raina and Harbhajan Singh’s absence to defeat Mumbai Indians by five wickets in Abu Dhabi. But managed to win only one more in their next five games. With IPL 2020 nearing the halfway mark, Chennai Super Kings, with just four points, stand in the second half of the table. One of the primary reasons behind their struggle has been their middle-order batting. CSK have scored at an average of 7.6 runs per over in the powerplays, the second-lowest among all eight teams, which further falls to 7.5 in the middle overs, also the second-worst this season. And with their template of taking chases deep, with Chennai batting second on all the occasions this season, the middle-order issue has posed a threat.

Look at the game against Kolkata Knight Riders. They scored at nine runs per over in the powerplays, one less than in their chase against Kings XI Punjab. But while the rate had fallen only marginally in the middle overs to 9.6 against KXIP, CSK were scoring at seven an over against the KKR attack. Yes, the dot ball rate was almost similar in both the chases, but Chennai had made up with the number of boundaries (Ten 4s and three 6s), which reduced to half (Six 4s and one 6) in the KKR chase. And amid their middle-order issues have stood their baffling batting choices.

In the game against SRH, their fourth this season, Chennai were two down for just 26 in the chase to 165 in Dubai. Shane Watson and Ambati Rayudu were both dismissed cheaply when Kedar Jadhav was sent in. Primarily a good player of spin, as claimed by coach Stephen Fleming, Kedar struggled against leggie Rashid Khan and slow left-arm bowler Abhishek Sharma, conceding five dot balls before falling for a loopy legbreak from Abdul Samad. Kedar departed for just three runs scored off 10 balls which also included the run-out dismissal of in-form Faf du Plessis in his second ball. Following his dismissal, the asking rate soared from 9.37 (at the point of his arrival) to 10.54, with no in-form batsman arround. CSK eventually lost the chase by seven runs.

When asked about the decision to send Kedar ahead of MS Dhoni or Ravindra Jadeja, Fleming had lost his cool in the presser. “Really? I said really, it’s a question? Well, he’s (Kedar Jadhav) our number four, Dhoni primarily is a middle-to-backend player. Kedar Jadhav is our No.4, he plays dual roles where if we get off to a good start, he might move down and let Dhoni up but when your losing early wickets then your No.4 batsman goes in so… You can’t keep, no I’ll stop there,” he explained.

Two games later, in the KKR tie where they were chasing 168 in Abu Dhabi, CSK were on track scoring 99 for the loss of one wicket after 12 overs before Rayudu and Watson departed in successive overs. Sam Curran and Dhoni looked to stabilise the chase, but a desparate attempt against Varun Chakravarthy saw the captain depart for 11 off 12. With the Chennai requiring 39 more off 21 balls, the chase still seemed absolutely achievable, but Kedar’s wasted opportunities handed KKR the victory. He failed to get off the mark against Varun and struggled to score only a single against the three shorts balls he faced against Andre Russell in the next over. He scored just seven off 12 with eight dot balls, while Jadeja, who came in the 18th over, scored 21 off eight with three boundaries and a six.

“At the time, we thought that Kedar could play the spinner well and dominate, while Jadeja was there to come and finish. But in the end, there was too much work to do and we fell short,” Fleming said at the press-match conference.

“We’ve got so much batting resources. Kedar is a late middle to late batter for India. We could have gone a whole lot of different ways. Today Kedar had some balls but that didn’t work out. You always put players in different areas and that’s just when you have so much batting talent to choose from. It’s one of the things we look at, but it’s all in hindsight.”

Should CSK look beyond Kedar Jadhav?

In 19 chases for CSK that Kedar has been part of in the last four seasons, he has scored at less than run a ball with an average of just 21.9. Moreover, in this season, Kedar has managed only 58 runs off 59 balls without hitting a single six. Sending Jadeja would have been a far better option for Chennai, given his strike rate of 128.6 in chases over the last three season. In IPL 2020, he has scored 94 off 59 in chases at a strike rate of 159.3.

With Kedar looking out of touch, CSK might opt to leave him out for the RCB tie on Saturday. The management can include Ruturaj Gaikwad at No.3, send Rayudu at No.4 and Dhoni, Curran and Jadeja can follow in next.

Disha Patani is a bundle of happiness with her infectious smile...