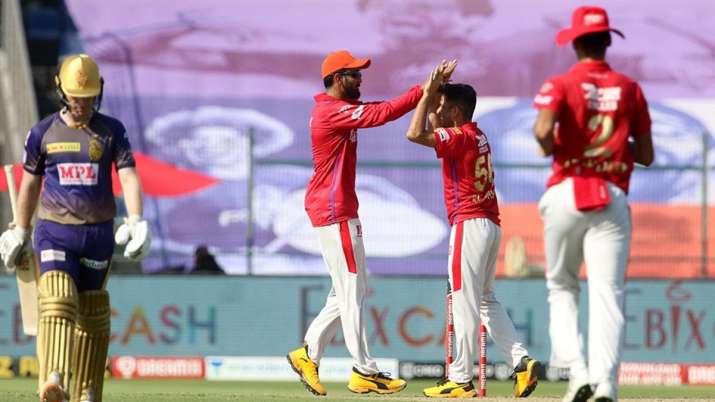 Keeping an eye on the dew factor, Kings XI Punjab skipper KL Rahul opted to chase in Sharjah against Kolkata Knight Riders on Monday. Both teams made no changes to their squad.

With KXIP remaining unchanged, it only implies that Mayank Agarwal is still unfit for the game and Mandeep Singh will get another go. It is yet to see if KXIP will go with Chris Gayle as their opener given that NRR might be a factor in the closing stages of the league.

“We will bowl first. Like to have a target on the board, the dew might have an effect as well in the second innings. Winning gives a lot of confidence to the group, it makes them keep performing better and better. The back-room staff have been phenomenal right from even the tournament started,” said Rahul.

KKR remaining unchanged implies that Andre Russell is yet to recover.

“We would have bowled as well, pretty much for the same reasons. We did well against DC, played the way we wanted. Our fate is still in our hands, that’s good. We have depended a lot on match-ups, it works at times, it doesn’t at times. Andre Russell is unfortunately still not fit, so same team,” said Morgan.

The Knight Riders will be looking to distance themselves from the remaining four teams that stand below them with one, Chennai Super Kings, already put of contention. They presently stand fourth in the points table with 12 points from 11 games. A win today will place them a step away from playoff qualification. Kings XI, on the other hand, stand fifth with 10 points from as many games. A win will not just be their fifth in a row since finishing at the bottom of the table with one win in the first half of the league stage. It could also assure them a top-four entry in the league stage.